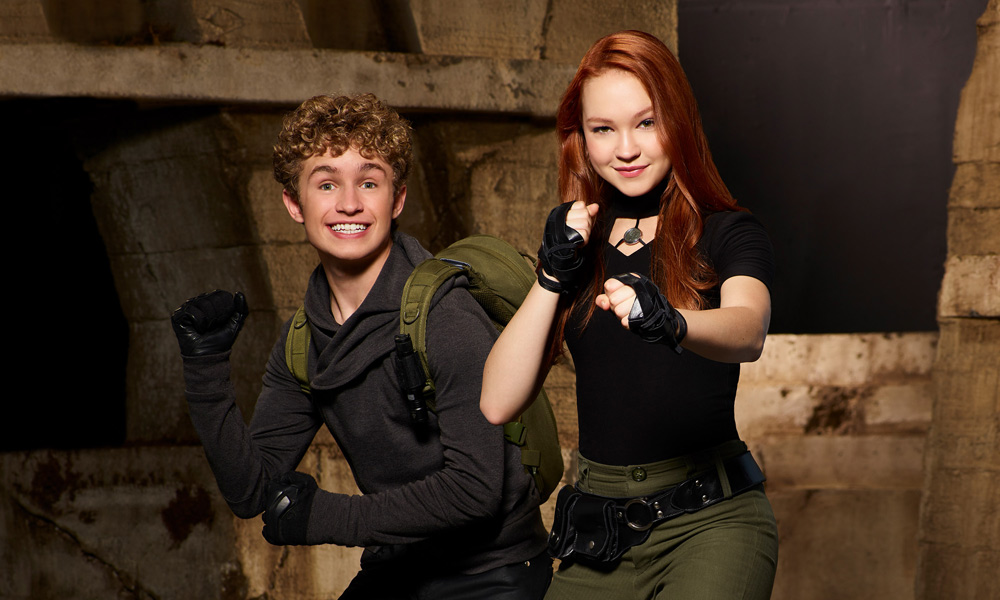 The movie will be immediately followed by a first look at live-action miniseries Fast Layne, which will move to its regular timeslot with episode 2 on Sunday, Feb. 17 at 8 p.m.

Kim Possible begins as Kim and Ron start Middleton High School, where Kim must navigate an intimidating new social hierarchy. She is ready to tackle the challenge head-on, just as she has with everything else in life, but her confidence is shaken when she faces roadblocks at every turn — getting lost in the confusing hallways, being late to class and facing rejection during soccer tryouts from her frenemy, Bonnie (Erika Tham).

Kim’s day starts to turn around when she and Ron meet and befriend Athena (Ciara Wilson), a new classmate and Kim Possible superfan who is having an even worse day than Kim. With Kim’s guidance and friendship, Athena transforms into the newest member of Team Possible. Soon, Athena starts to eclipse Kim just as the nefarious Drakken and Shego (Todd Stashwick and Taylor Ortega) resurface in Middleton with a master plan to finally stop Kim. Now it’s up to Team Possible — Kim, Ron, tech-genius Wade (Issac Ryan Brown), new friend Athena and Rufus, a naked mole-rat that Ron meets along the way — to stop these super villains.

Kim Possible was written by Josh Cagan (The Duff) and Bob Schooley & Mark McCorkle (Big Hero 6: The Series, The Penguins of Madagascar). McCorkle, Schooley and Zanne Devine (I, Tonya, Easy A) serve as executive producers. The movie was co-directed and co-produced by Adam B. Stein and Zach Lipovsky (MECH X-4). The movie is produced by Middleton Productions, a subsidiary of Omnifilm Entertainment, and carries a TV-G parental guideline.