After premiering in July 2016, the animated series about a daring teenage ruler quickly became TV’s No. 1 series for Girls 2-11, and has been honored with a National Hispanic Media Coalition Award and an Annie nomination. Elena also ranks No. 1 in its timeslot with Kids in the UK, Spain and Portugal.

Offscreen, Elena’s adventures have inspired a line of dolls from Disney store and Hasbro which recently reached one million dolls sold, and the No. 1 costume at Disney Store for Halloween and holiday. New goodies include the Palace of Avalor playset from Hasbro, and dolls and roleplay items from Jakks Pacific, which will will debut at Toy Fair in New York.

“With this new season order, the creative team, led by Craig Gerber and Silvia Olivas, has some exciting surprises in store for Elena on her journey to becoming queen,” said Kanter. “We’re looking forward to having our young viewers follow along on Elena’s adventure, while also continuing to build the Elena of Avalor experience for them beyond the screen.” 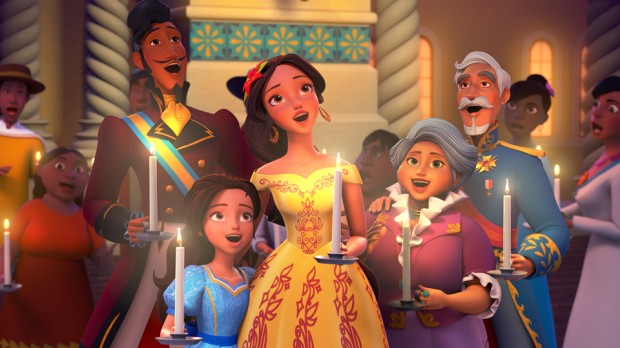