Kids from coast to coast can look forward to some superheroic action on Disney Channel this summer as new two-part episodes of animated series PJ Masks arrive beginning Monday, June 20. The light-hearted action-adventure show is produced by TeamTO for eOne, Frog Box, France 5 and Disney Junior.

PJ Masks is a CG-animated series that follows 6-year old Connor, Amaya and Greg, who transform into superhero alter egos Catboy, Owlete and Gekko when they put on their pajamas at night and activate their special animal amulets. Together they embark on thrilling night-time adventures to solve mysteries and learn valuable lessons.

In “Catboy Squared,” Catboy’s desire to have everything his way gets out of hand when Romeo’s multiplying machine accidentally makes lots of Catboy copies. With every Catboy insisting on his way or the highway, Romeo might finally take over the world. In “Gekko’s Super Gekko Sense,” Night Ninja challenges the PJ Masks to a game of Capture the Flag with the PJ Mask HQ as the prize. But when Gekko doesn’t feel his powers will earn them the victory, he makes up a new power that could cost them the victory.

When Night Ninja finally pushes the Ninjalinos too far in “Owlette and the Owlteenies,” they become Owlette’s new sidekicks. But when Owlette forgets what it means to be a good leader, the Ninjalinos cause some chaos of their own. In “Gekko’s Blame Campaign,” the mini-car that Greg borrowed from Cameron goes missing after he doesn’t take good care of it. And when it turns up in the nighttime powered up by Luna Girl, Gekko’s desire to not take the blame allows the villainess to nearly destroy HQ.

In “Owlette and the Moonflower,” Luna Girl uses her Luna Beam to create a giant evil moonflower and once it blooms, its seeds will scatter throughout the city and turn it into her very own giant weed garden. Owlette won’t admit how little she knows about plants and each of her plans get the weed closer and closer to blooming. In “Slowpoke Gekko,” Gekko has to learn to not get distracted if he wants to stop Romeo from using his super slow ray to take over the world. 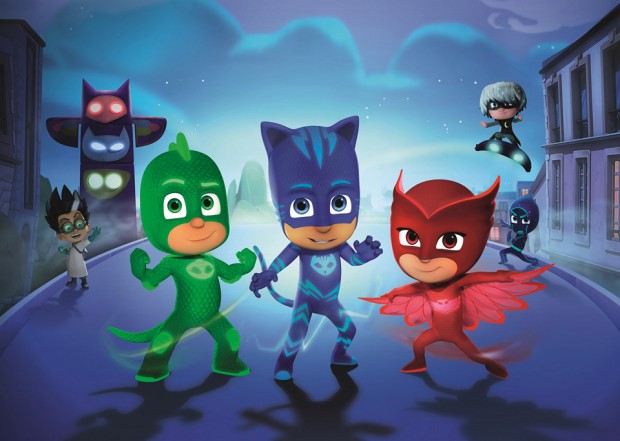