The epic animated sweep of Disney’s The Lion King will be extended this fall as Disney Channel premieres The Lion Guard: Return of the Roar — an all-new, primetime television movie event coming in November. The feature-length adventure will presage The Lion Guard series, arriving in early 2016 on Disney Channels and Disney Junior channels around the world. Attendees of the 2015 D23 Expo can catch a special preview of the movie on Sunday, August 16 at 2 p.m.

Set in the African Savanna, The Lion Guard: Return of the Roar follows Simba and Nala’s second son, Kion, as he assumes leadership of the Lion Guard. Traditionally comprised of the fiercest, bravest, fastest and strongest lions of the Pride Lands, Kion breaks the mold by assembling a diverse team of young animals who together solve problems and accomplish tasks to maintain balance within the Circle of Life, all while introducing young viewers to the incredible array of creatures that live in the African region.

The Education and Science experts at Disney’s Animal Kingdom park serve as consultants on the project. Ford Riley (Special Agent Oso) developed the movie and series and serves as exec producer. Howy Parkins (Jake and the Never Land Pirates) is the director. Christopher Willis (Micky Mouse) is the composer and Beau Black (Miles from Tomorrowland) is singer/songwriter. Author and Swahili expert Sarah Mirza is the language and cultural advisor. The Lion Guard: Return of the Roar is a Disney Television Animation production. 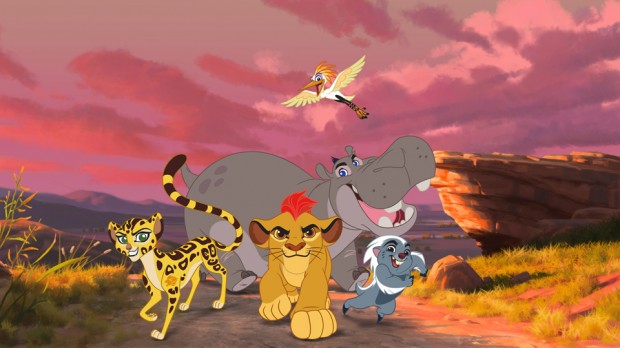