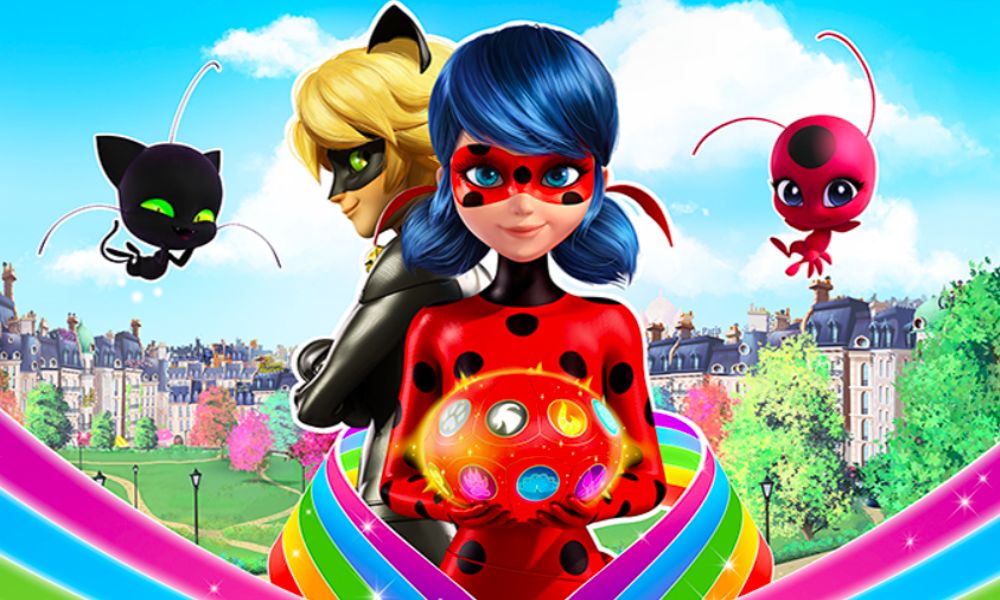 Disney+ has picked up all five season of ZAG and ON Kids & Family’s popular show Miraculous — Tales of Ladybug & Cat Noir (130 x 22-minute package). Disney Channels worldwide (excluding the U.S., Brazil, Australia, Canada, Korea and China) have also acquired seasons four and five of the show, which are slated to premiere in the summer of 2021 and 2022 respectively.

Recently, Disney Channel and Disney+ debuted the first of two big-budget animated TV Events, Miraculous World: New York, United HeroeZ.  In the U.S., the Friday night movie premiere on Disney Channel on September 25, 2020, ranked #1 for the week across all cable TV with Girls 6 – 11; and #1 across all TV in its timeslot in the same demio, and in Germany, the movie ranked #1 on Disney Channel during the “Miraculous Day” Weekend Event Premiere on November 7, 2020. The second movie, Miraculous World: Shanghai – The Legend of Lady Dragon, will debut in 2021.

“Disney has been a key partner in bringing Miraculous Ladybug to audiences everywhere, and we are grateful for their creative support and trust for this next chapter. We are excited to be extending our relationship to Disney+ and to be part of their compelling new platform,” commented Jeremy Zag, founder and CEO of ZAG.  “We are naturally delighted by the impressive ratings for the first of the TV Event premieres and grateful for the support of our Miraculous fans who tuned in.”

“We have a particular history with Disney: they are the first partners of Miraculous, the most passionate and committed!,” add Aton Soumache, co-founder and CEO of ON kids & family. “Today, our success around the franchise allows us to strengthen our partnership, notably through Disney+, expand the Miraculous World thanks to the TV Events and many new superheroes who will come and surprise us; and to establish it proudly over time.”

Created by Thomas Astruc, Miraculous was first introduced in the fall of 2015 on French broadcaster TF1. Since then, it has become a popular digital franchise with over 22 billion views on YouTube. The theatrical feature Miraculous Ladybug and Cat Noir: The Awakening is scheduled to debut either in the fall 2021 or spring 2022. Co-production partners on the two new seasons includeFrance’s ZAGTOON (The World of Zag) and Method Animation (part of ON Kids & Family), Brazil’s Globosat and Italy’s DeAgostini Editore S.P.A., in collaboration with Disney Channel EMEA, French broadcaster TF1, and Japan’s Toei Animation.