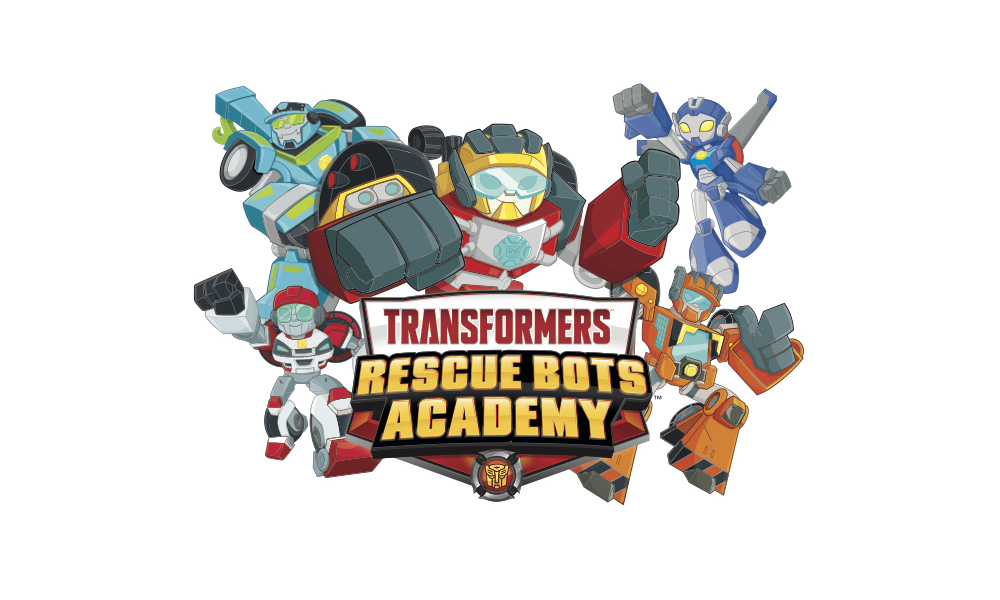 A new generation of robotic heroes are rolling to the rescue next month as Discovery Family premieres Transformers: Rescue Bots Academy on January 5 at 9 a.m./8c. Aimed at preschool-aged viewers, the 52 x 11’ series is produced by Allspark Animation (a Hasbro Company) and will debut with back-to-back episodes.

In Transformers: Rescue Bots Academy, school is in session and instructors Heatwave the Fire-Bot, Chase the Police-Bot, Blades the Copter-Bot, and Boulder the Construction-Bot are ready to train a new batch of recruits. Just arriving on Earth from their home world of Cybertron, young Hot Shot, Hoist, Whirl, Wedge and Medix have the honor of being the first class in history to enroll in the Rescue Bots Academy, a highly advanced training facility located at a top-secret base.

With encouragement from Optimus Prime, Bumblebee and Grimlock, the new recruits learn the power of team building through exciting simulated and real-life rescue missions that highlight the importance of heroism, teamwork, and most importantly, friendship.

In the two-part premiere “Recruits,” Optimus Prime builds a new team of young Cybertronians to train as first responders at the Rescue Bots Academy. However, the rigorous training takes a toll on young Hot Shot and he soon learns that being a hero is easier for some than others. Trying to find his place on the Rescue Bots Recruits team, Hot Shot discovers the importance of working together in order to save the day as one of Earth’s youngest heroes.