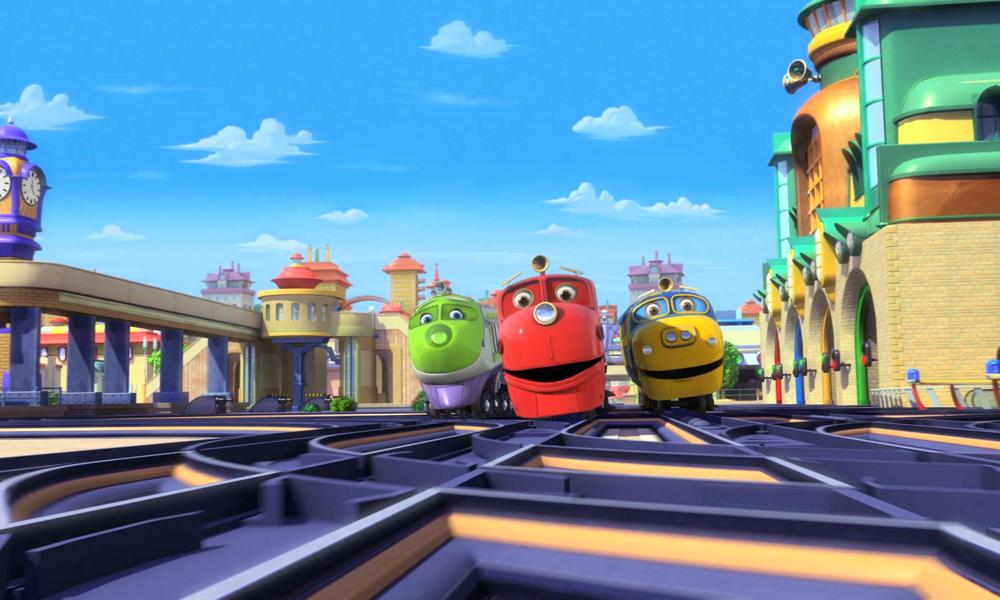 Discover Chuggington: All Aboard

Ahead of the Disney Junior U.S. summer premiere of the much anticipated Chuggington from Herschend Entertainment Studios (HES), young fans are invited to explore the fantastical train world like never before with the launch of a series of animated/live-action hybrid shorts, beginning Monday, April 13 at 8:25 a.m. ET/PT on Disney Channel and DisneyNOW.

In the 26 x 1.5’ series, Discover Chuggington: All Aboard, real kids are transported into the fictional 3D world of Chuggington and interact with the characters and world through activities, adventures and music.

“HES is making a substantial commitment to this much-loved brand and our incredible creative team have developed a truly dynamic approach to this series of shorts to inspire kids’ imaginations and bring them into the world of Chuggington in a fun and all-new, engaging way,” commented Natalie Setton, HES’ Vice President Commercial, Content Distribution, & Licensing. “We are thrilled to unveil the series shorts on Disney Junior in advance of the U.S. premiere this summer.”

The upcoming Chuggington series introduces an all-new audience to the much-loved trio of young, trainee trains — the eager Wilson, daring Koko and loyal Brewster — as they embark on exciting adventures and learn valuable lessons about teamwork, friendship and fun in the world of Chuggington. Award-winning, Emmy-nominated Michael G. Stern (Doc McStuffins, Sofia the First) is the head writer and co-executive producer for both the new interstitials and long-form series, together with key creative and production personnel from earlier seasons. Julie Phillips, HES’ Vice President of Production and Development, also serves as executive producer.

HES acquired Chuggington from Ludorum PLC in December 2018. The company is supporting the franchise relaunch with new episodic content, interstitials and music, all new creative assets, and a new website and app, with direct-to-consumer campaigns, promotional events, global brand partnerships and merchandise in the works. Alpha Toys is the global master toy partner. Herschend will also be leveraging their portfolio of media, themed entertainment and experience-based businesses to integrate and promote the brand.

The original Chuggington continues to be enjoyed by preschoolers on A-list broadcast networks and key streaming platforms in over 178 countries across the globe. Fan engagement for Chuggington is high across digital, with over 2.5 billion watch time minutes on YouTube and 34% year-on-year growth.

Launched in 2016, Herschend Entertainment Studios is the media arm of Herschend Enterprises, which develops and produces 360 franchises of wholesome entertainment for television, film, licensing and other media. Its current media properties include Chuggington, Splash and Bubbles (in partnership with The Jim Henson Company) and The Keys to the Kingdom.