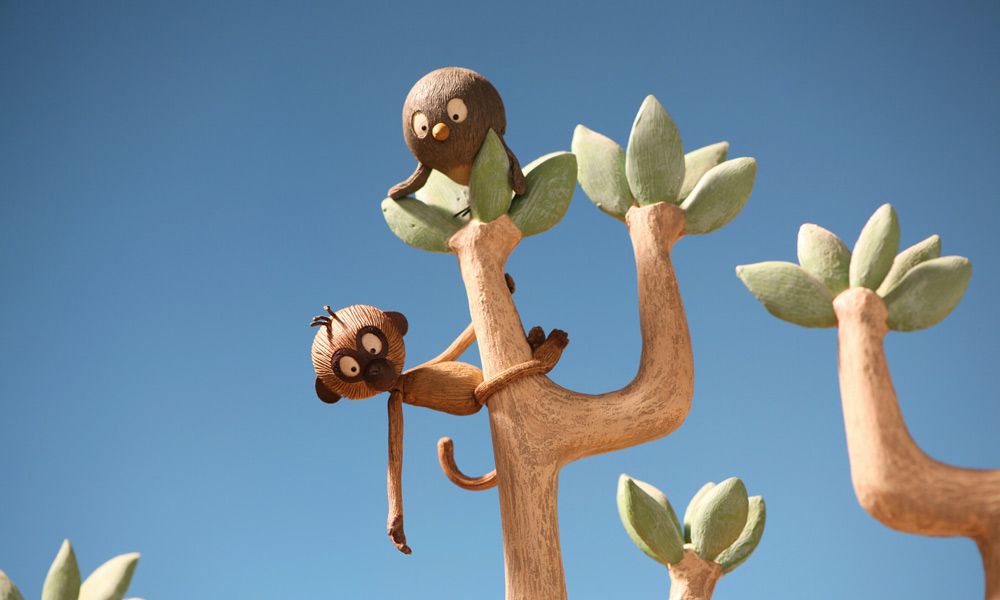 A new season of stop-motion animated children’s series Dimitri will debut Monday, April 8 on France 5’s Zouzous preschool block and in Belgium on Flemish-language public broadcaster VRT Ketnet. Season 2 is comprised of a 24 x 5’ episode package as well as a 13-minute TV special.

Aimed at children under 6 years old, Dimitri is about a little bird from Europe who is separated from his parents and must sort out a new life in Ubuyu, in the heart of Africa. Here, Dimitri learns about life on the savannah and meets interesting creatures, under the protection of a kind giraffe. The second season introduces new characters: Tamaa, a charming and boisterous young monkey who falls off a bush taxi and is taken in by the Ubuyu community; Anansi, a jolly spider who lives in the darkness of a mysterious hut;. and Safir, pretentious pink flamingo.

Created in 2013 by series director Agnès Lecreux and Jean-François Le Corre, Dimitri is already broadcast in more than 20 territories including Canada, China, the Middle East and Denmark. The first season was awarded at a dozen international festivals, including the prestigious Ottawa Animation Film Festival, Cyber Sousa Xiamen, Anima Cordoba and the Bucheon Int’l Animation Festival.