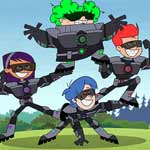 DHX Media has announced a second season of its hit comedy toon for kids 6-11 Supernoobs, created by Scott Fellows (Johnny Test), has been exclusively licensed by Turner’s Cartoon Network channels in EMEA and Asia Pacific. The 26 x 22’ order has been greenlit by DHX Television’s Family Channel in Canada, is produced by DHX’s Vancouver animation studio.

“The global momentum continues for Supernoobs with a second ‘supercharged’ season, as characters Kevin, Tyler, Shope, and ‘the Roach’ get up to more crazy adventures,” said Josh Scherba, EVP, Content and Distribution. “Kids worldwide can’t get enough of this hilarious DHX Media original series, and Turner’s Cartoon Network as well as our own Family Channel are the perfect broadcast outlets to deliver a new season of thrills to them.”

The new deal follows a recently announced agreement with Hulu, which has taken exclusive SVOD and FVOD rights for season one of Supernoobs in the US.

Supernoobs season two synopsis: It’s more super chillin’, more super villains and more super battle ball action, as the Supernoobs begin to master their powers! Noob training is almost complete, and the superhero team is ready to take on Count Venamus and the Creators with a new attitude, new powers and all new episodes! But it won’t be easy: The Creators have stepped up their game since realizing Earth may be hiding a secret ancient weapon that could wipe out the space virus. Count Venamus and his new super-tough Mech-Army are ready to destroy the hidden Earth power – and the Supernoobs – unless they can defeat him first. 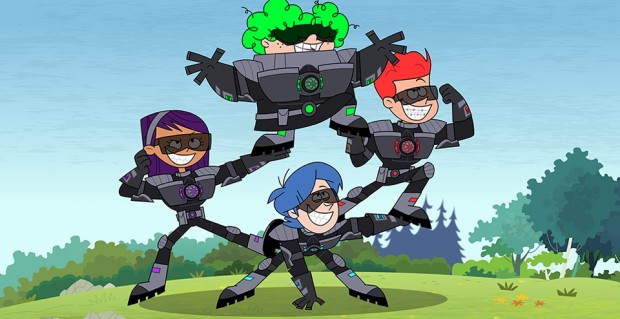