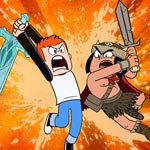 The licenses add to previously announced deals with Disney XD channels in the US, Latin America, Southeast Asia and Taiwan. The series is an original DHX Television commission, which airs on Family CHRGD in Canada, and is distributed worldwide by DHX Media.

“We are always on the lookout for innovative, distinctive kids’ content with global appeal for our distribution slate. Fangbone! is a series that really catches the eye, which is clear from the scope of our streaming and broadcast deals,” said Josh Scherba, EVP Distribution & Content at DHX Media. “As well as consistently winning audiences on our own Family CHRGD channel, we expect the show to gain a strong following globally through the terrific outlets announced today.”

Aimed at kids ages 8-12, Fangbone! is a comedy-adventure which follows a young barbarian from Skullbania who has hopped through a magic portal into the suburbs of our modern world with a most dangerous burden: the blackened big toe of Drool, which must not be reunited with its evil sorcerous master at any cost. Fangbone befiends a weird but helpful kid named Bill, and together they fend off Drool’s monstrous minions and other mystical mercenaries bent on retrieving the toe.

Fangbone! is based on the books by New York Times bestselling author Michael Rex, and developed and produced by Radical Sheep Productions. Rex, John Leitch and Michelle Melanson Cuperus of Radical Sheep serve as executive producers, with Susie Grondin as supervising producer. Simon Racioppa and Richard Elliott also serve as EPs and showrunners. 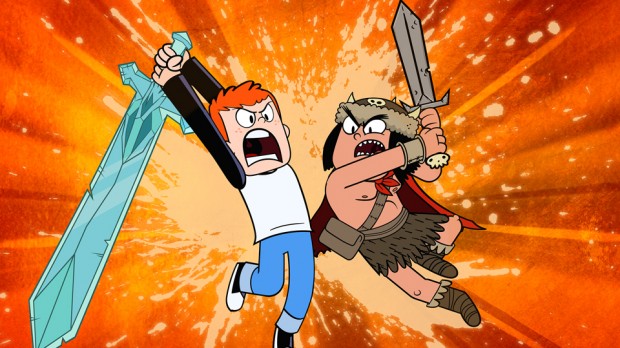