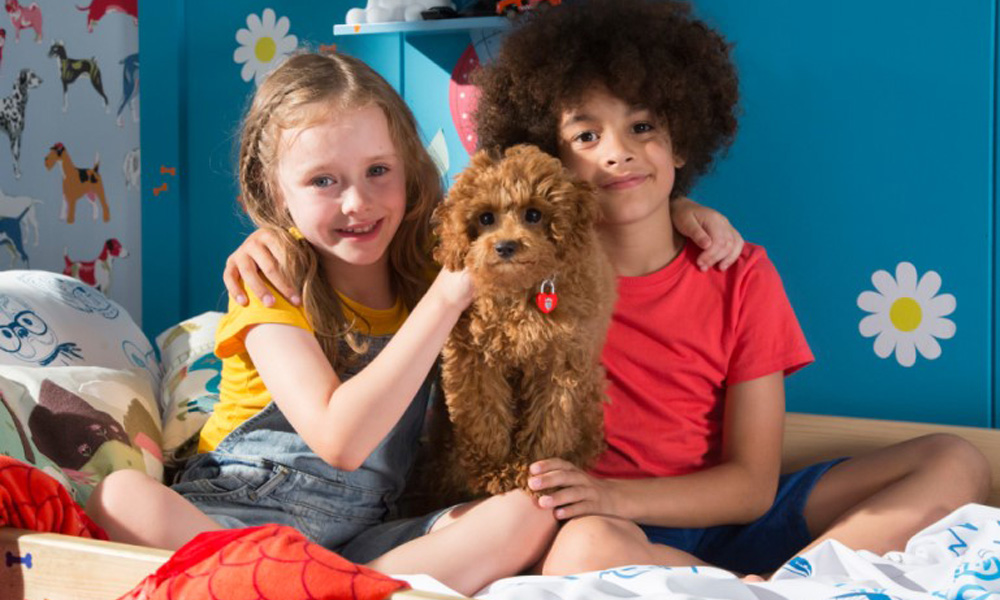 DHX Media has announced a slate of big sales for the first two seasons of the popular preschool series Waffle the Wonderdog. The show has sold to Germany’s ZDF to transmit on its main channel and on KiKA, and also by 12 other networks internationally. Recently greenlit for a second season by CBeebies, Waffle the Wonderdog is a live action preschool series about a family that adopts an adorable talking dog. The show is produced by Darrall Macqueen and distributed internationally by DHX Media. KiKA channel will begin airing the series on December 3rd 2018, followed by ZDF on 2 February 2nd 2019.

“We’re really happy that broadcasters are rolling out Waffle the Wonder Dog for viewers, worldwide,” said Jerry Diaz, VP Distribution, DHX Media. “Darrall Macqueen has produced a terrific, heart-warming and funny show for families to enjoy. With a second season already in production, we’re confident the little talking pooch, Waffle, will continue to win the hearts of viewers around the world.”

Billy Macqueen, co-Founder of Darrall Macqueen, adds: “The adventures of Waffle the Wonder Dogare full of fun and emotion with stories that will resonate with a global audience. We are thrilled by the success of the series on CBeebies in the UK and are super happy the show will now have a huge international fan base.”

Waffle the Wonder Dog (60 x 11’) is a charming comedy series for children (age four to seven) and their families. When the Brooklyn-Bells start living together as a newly blended family, they don’t expect to take on a pet too – until, that is, they find an adorable, little, lost puppy hiding in their house. Things get more interesting when they discover that Waffle is a magical talking dog!