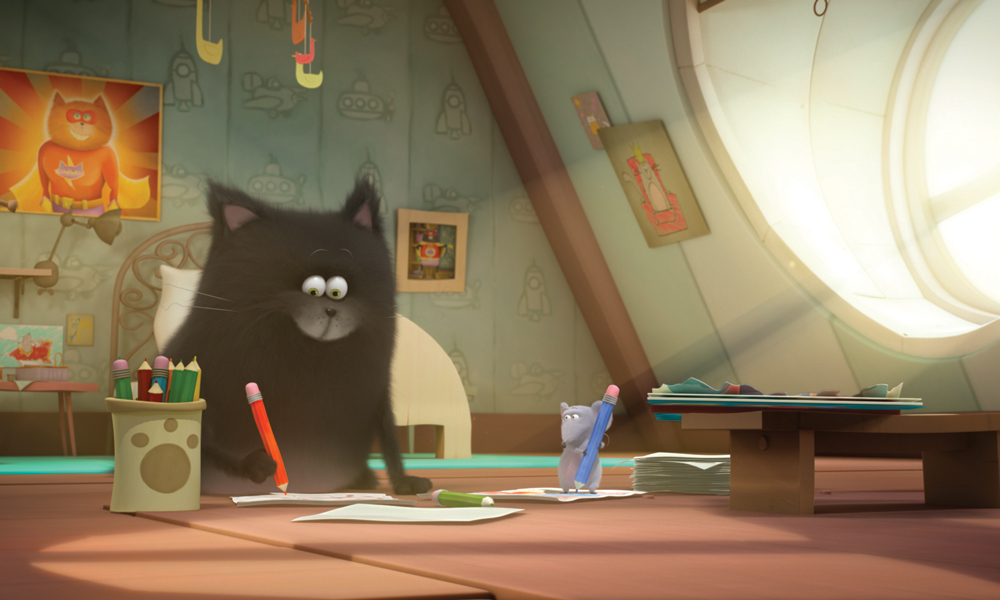 Cats and mice have always made great subjects for both children’s books and animated projects. So, it’s not surprising that French animation house Blue Spirit’s wonderful new show Splat & Seymour features a charming cat-and-mouse duo who are also good companions. Based on Rob Scotton’s number-one New York Times best-selling Splat the Cat books, the 52 x 11-minute show is one of the hot properties being showcased at markets like MIPCOM this fall.

“We had known Rob Scotton’s books for a long time and dreamed of being able to turn them into an animated series and bring Splat into animated life,” says the show’s producer Armelle Glorennec. “So when we had the opportunity to buy the rights, we were very happy! We started development in 2017, and very soon French broadcaster TF1 came on board … Now we’re almost at the end of production, and ready for the show’s premiere on TF1.”

Eleanor Coleman, Blue Spirit’s head of international presales and development, believes the preschool show is a great buddy comedy about growing up. “I love the exceptional production value of this show and the way our artists have really captured the uniqueness of Rob Scotton’s drawings and respected Splat’s incredible fur,” she explains. “I also love how Splat uses his innate kindness to navigate the world beyond his garden gate. I am convinced  that young viewers will delight in the daily capers of this very unlikely friendship between a cat and a mouse in which kindness and solidarity are both the key message and the key to solving the funny and very identifiable situations Splat finds himself in as he ventures beyond his protective home and family.” 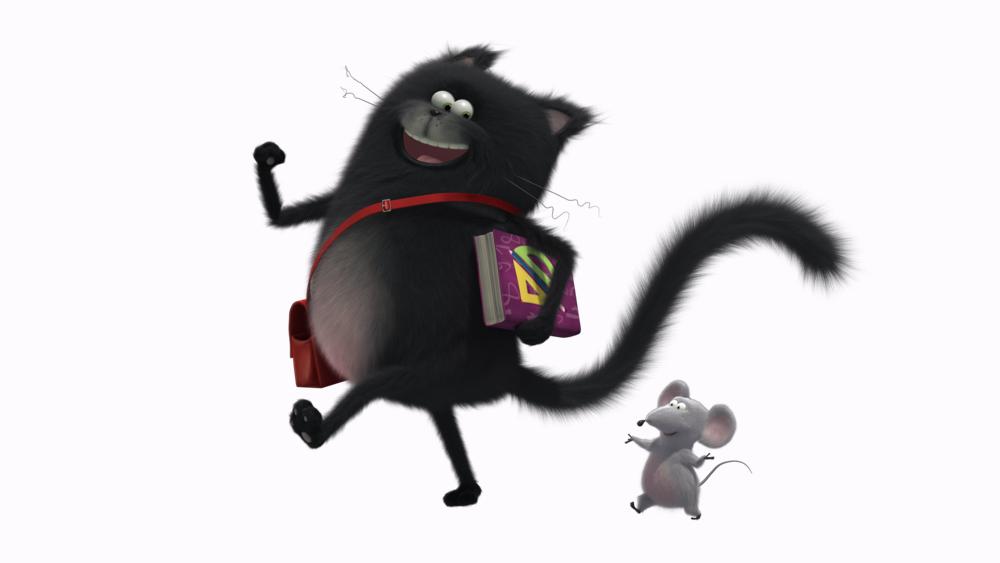 The show’s director Jean Duval, who has worked on numerous hit animated shows such as a Goof Troop, Darkwing Duck, TaleSpin, Babar and Mini Ninjas, says the visual inspirations for the project derived from Scotton’s books. “From furry cats (and mouse) to twisted furniture, from lollipop trees to duck sculptures popping up everywhere, it’s all there,” he notes. “However, as Splat & Seymour‘s environment is not precisely depicted in the books, we had to create entirely Splat’s town Moggy Bottom from scratch, while remaining true to Rob’s spirit but adapted to animation storytelling. Our main animation goal was to create a cute and believable friendship between a cat and a mouse. Whether it’s funny or a little bit scary or full of excitement, our storytelling is all about emotions!“

He adds, “By putting the camera to their level and playing with character sizes, by using high quality animation and compositing, strong camera blocking as well as a powerful score, we’ve been able to bring Splat‘s characters and environment to life.”

Splat & Seymour is being produced in-house at Blue Spirit’s studios in Paris and Angouleme, France and Montreal, Canada. The 350-plus team uses 3ds Max software, and faced many challenges as they created the animals’ fur in CG. Glorennec says making Splat’s fur fluffy in CG was not an easy task, but the team is very happy with the final results. 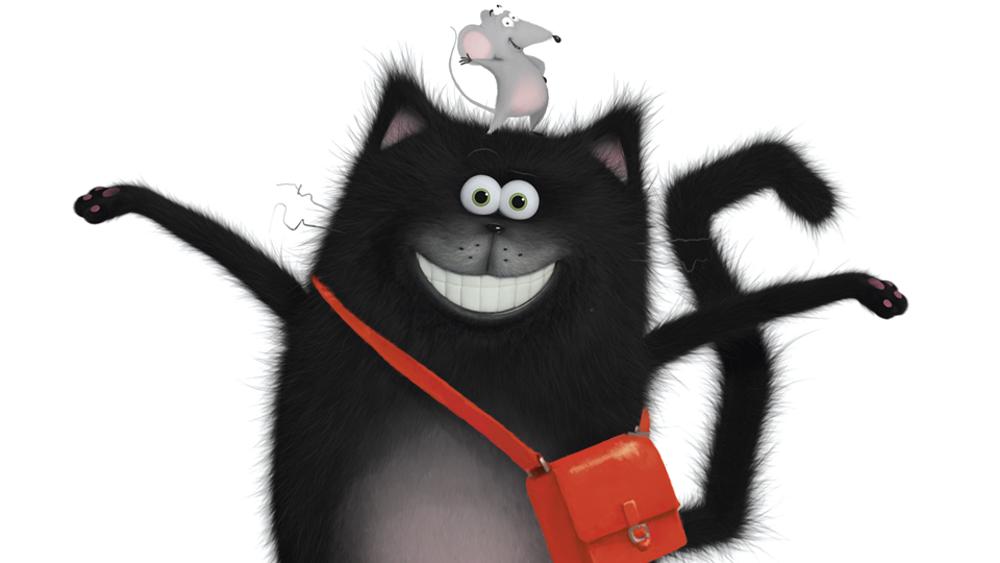 Blue Spirit, which is best known for producing the animation for the Oscar-nominated feature My Life As a Zucchini, is bringing three other shows to the markets this fall: Alice & Lewis (already sold in 100+ territories), the fourth and final season of The Mysterious Cities of Gold, and the second season of the award-winning show Arthur and the Children of the Round Table.

“Blue Spirit is a top-notch Oscar and Golden Globe nominated 3D & 2D hybrid animation studio in France and Canada is devoted to bringing the best stories and production value to all its projects,” notes Coleman. “We treat every project in a bespoke fashion adapting our seamless pipeline across our facilities to provide the best work on time and on budget. Over the past 14 years, more than 40 animated films and series— including Pachamama, Gigantosaurus, Tom Sawyer, The Pirates Next Door, Lilybuds, Jean-Michel Super Caribou, Zorro The Chronicles, Mini Ninjas S1 & S2, Rocket & Groot (Marvel), Ernest & Célestine and The Prince’s Journey – have been created in our studios.

She adds, “The animation scene in France is booming. We have the best schools and strong support from local broadcasters as well as regional and national funds and excellent tax credits. We welcome the growing worldwide animation productions that are flowing into France, and we hope it continues.  It’s a great time for animation and artists in France!”