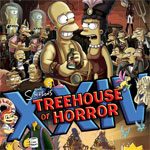 Each fall, fans of Matt Groening’s The Simpsons look forward to the annual Treehouse of Horror Halloween special. But you don’t have to wait for Sunday night at 8 ET to see one of Treehouse XXIV’s highlights: Fox has unveiled the incredible opening sequence created by director Guillermo Del Toro.

The 2 minute 45 second intro is packed with references to horror classics by H.P. Lovecraft, Edgar Allen Poe, Stephen King and other, as well as Del Toro’s own surreal works like Pan’s Labyrinth and The Devil’s Backbone. The director’s latest film was the giant robots vs. giant monsters battler Pacific Rim.

“The Simpsons titles are so iconic and yet they’ve never been riffed in this vein,” the director/huge Simpsons fan told EW. “I really wanted to land the connections between the [show’s] set pieces and the titles and some of the most iconic horror movies, and intersperse them with some of my stuff in there for pure joy.”

In other Del Toro news, Harper Design has announced a new book penned by the auteur and Marc Scott Zicree, Guillermo del Toro Cabinet of Curiosities: My Notebooks, Collections, and Other Obsessions, a fascinating and beautifully reproduced journey into the artist’s creative life packed with notes, drawings, never-before-seen characters, art and ideas for future projects. The 256-page book features a forward by James Cameron, an afterword by Tom Cruise and contributions from Neil Gaiman, John Landis, Alfonso Cuaron and others. (October 29, $60.) 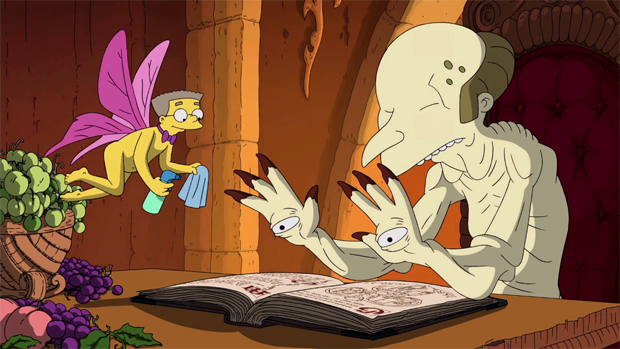 The Simpsons Treehouse of Horror XXIV