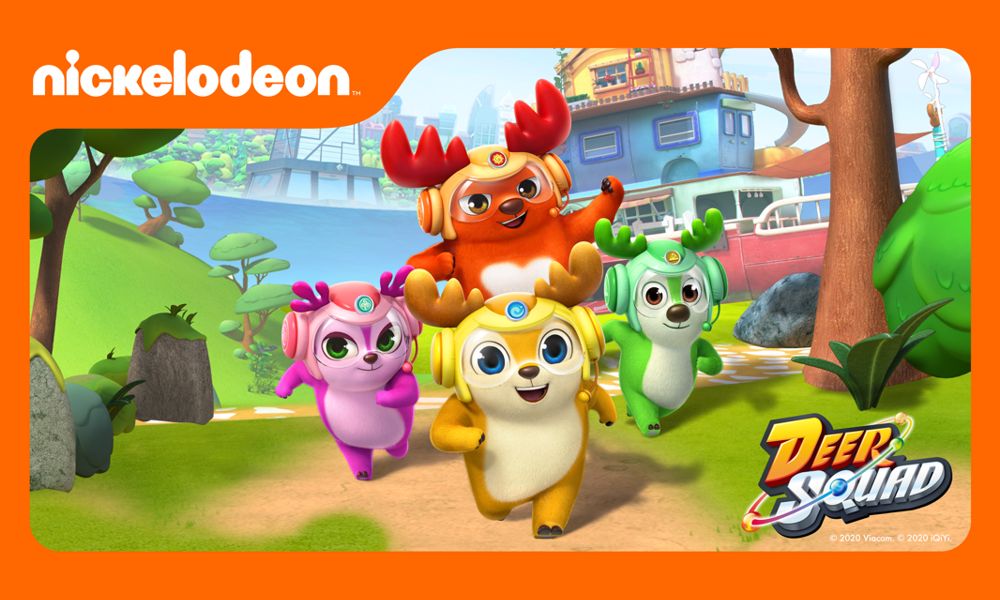 Nickelodeon will premiere CG-animated series Deer Squad in the U.S. following a successful run overseas. The result of a partnership between iQIYI, an innovative market-leading online entertainment service in China, Nickelodeon International and VIS KIDS, a division of ViacomCBS International Studios, Deer Squad will premiere on Nickelodeon in the U.S. on Jan. 25, at 9 a.m. (ET/PT) in the preschool block. The series will continue to air regularly weekdays at 9 a.m. (ET/PT).

“We first partnered with iQIYI on the series with a worldwide audience in mind. We’re incredibly proud to see this original preschool series become the first Nickelodeon International global Chinese-originated collaborative project, as we further our commitment to developing kids-first content from around the world,” said Nina Hahn, Head of VIS KIDS and Senior Vice President of International Production & Development for Nickelodeon International.

“Deer Squad is a major breakthrough for iQIYI’s development of original children’s animation, creatively supervised by Nickelodeon International. We appreciate Nickelodeon’s international broadcasting strategy on the show, and it is great news that we have achieved No.1 in viewership in many regions. We hope that there will be more Chinese original animations to go international,” said Yang Xiaoxuan, Vice President of iQIYI and Head of Original Animation and Investment.

Nickelodeon International aired Deer Squad across Asia in August 2020, including iQIYI’s platform in China, and premiered in Australia, New Zealand and the U.K. later in the year. It was the #1 show in the Philippines amongst kids 2-14, ranked Nick Jr. as the #1 STV channel in Australia among kids 0-4 during Deer Squad premieres and averaged +148% in the U.K. compared to the timeslot benchmark. The series is scheduled to air in Europe and Africa in March 2021.

Deer Squad is currently in production for a second season. The show marks the first time for Nickelodeon Asia to partner on a Chinese original from its conception phase.