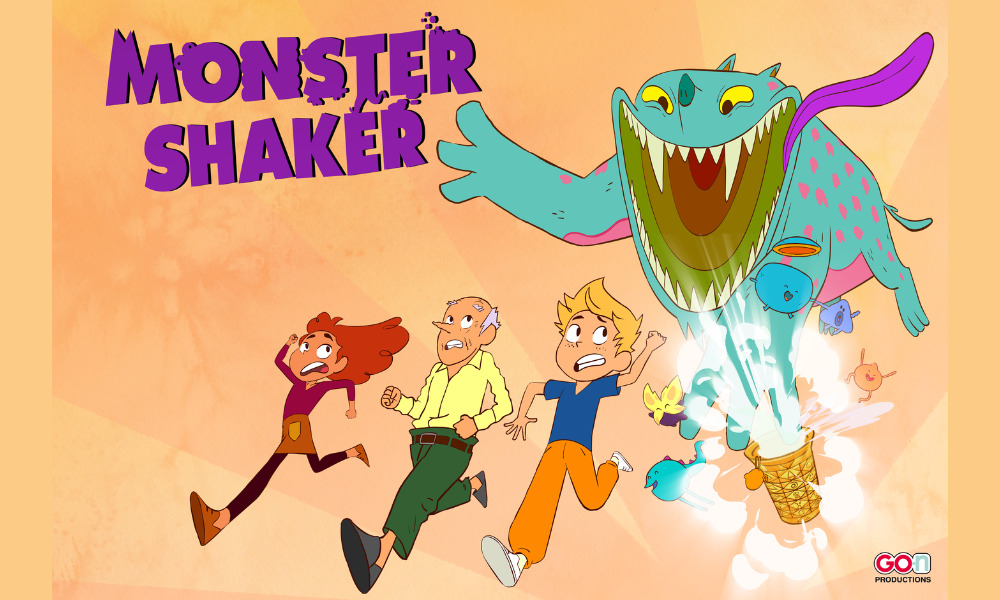 DeAPlaneta and GO-N Productions, a French production company with over 15 years’ experience in creating animation for children and exploiting their own IP, have signed an agreement to coproduce Monster Shaker, a new TV series adaptation of the books by Mr. Tan and Mathilde Domecq, published by Editions Gallimard.

Monster Shaker (52 x 13’) is an epic adventure comedy, in which nine-year-old Justin discovers his grandfather’s very unusual cocktail shaker. This fabulous thing allows him to create extraordinary (and extraordinarily crazy) creatures with incredible powers, but it must be kept secret, no matter what, in case it falls into the wrong hands…

It would of course be safest to leave the shaker alone, but Justin is constantly overcome by the temptation to experiment, to play with these hilarious monsters, and to use their magical skills in all kinds of everyday situations. Justin and Gwen (his 12-year-old sister) get into all kinds of adventures that leave them with no choice but to reach some kind of deal. So they can join forces to save the day. And get those crazy monsters back inside the shaker!

Aimed at kids ages six to 10, the first season of 52 episodes will launch on TV in France in 2023. The accompanying YouTube channel will broadcast selected episodes.

DeAPlaneta and GO-N Productions are focused on producing and distributing Monster Shaker, while also working on key initial categories, including shaker toys and collectible cocktail shakers complete with all the crazy monsters turning our heroes lives upside down.

Internationally recognized as an animation production and distribution pioneer, GO-N Productions is a full autonomous studio based in Paris. In operation for 15 years, the studio has produced popular series such as Simon, Zip Zip and Tootuff. Through GO-N International, the company also sells animated content for kids and families for all platforms around the world.

DeAPlaneta Entertainment has acquired, produced and distributed content for over 20 years, working on everything from feature films, live-action series, animation and licensing to live performances, video game competitions, NFTs and a metaverse presence. It also manages and produces renowned kids and family brands including Miraculous Ladybug, Milo, Gormiti, Heidi and Maya the Bee.