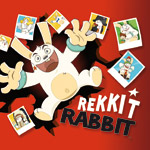 Here’s the latest sales and pickup deals from around the globe:

• Spellbound Entertainment secured an ongoing commitment from CBeebies for the popular preschool series, The Koala Brothers.

• Israeli broadcaster Noga renewed rights to the Gruppo Alcunu hit series Leonardo, which is in preproduction on its second series.

Leonardo (26 x 13 mins.) is the story of a group of Tuscan youngsters from the 1400s who are lucky enough to have as a friend the young Leonardo da Vinci.

• Zodiak Kids has concluded a number of deals for the children’s comedy Rekkit Rabbit.