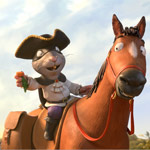 Oscar-nominated Magic Light Pictures is bringing another magical tale from top UK picture book duo Julia Donaldson and Axel Scheffler to screens, with The Highway Rat set to debut on BBC One this Christmas. The voice cast of the half-hour animated special will feature David Tennant (DuckTales, Broadchurch) as the Highway Rat, Nina Sosanya (Love Actually) as the Duck, Tom Hollander (The Night Manager) as the Squirrel, Frances de la Tour (Vicious) as the Rabbit, and multi-repeat collaborator Rob Brydon as the Narrator.

First published in 2011, The Highway Rat centers on a ravenous rat with a serious sweet tooth as he tears along the highway, searching for sugary goodies to steal with his swashbuckling demand: “Give me your pastries and puddings! Give me your chocolate and cake! For I am the Rat of the Highway, and whatever I want I take.” That is, until his life of biscuit banditry leads to a sticky situation.

The special is directed by Jeroen Jaspaert (Stick Man), and produced by Michael Rose and Martin Pope of Magic Light Pictures and. Animation services have again been provided by Triggerfish Animation in Cape Town. The composer is René Aubry. Acquired for BBC One by Charlotte Moore, Director of BBC Content, and Elizabeth Kilgarriff, Snr. Commissioning Editor, BBC Drama.

The Highway Rat marks the fifth Donaldson/Scheffler adaptation for Magic Light, following The Gruffalo, The Gruffalo’s Child, Room on the Broom and Stick Man. The multiple award-winning producer is also behind the delightful Roald Dahl adaptation Revolting Rhymes. Magic Light will be presenting its new and established properties during Brand Licensing Europe at stand C90.

“It has been a privilege adapting this wonderful book of Julia Donaldson & Axel Scheffler’s for the screen, extending further our portfolio of animated half hour specials. 2017 has been an incredible year for us at Magic Light; March saw the opening of the world’s first Gruffalo theme park attraction at Chessington World of Adventures Resort; our ground-breaking Augmented Reality app Gruffalo Spotter has enjoyed over 370,000 downloads; and our best in class licensing program continues to grow in new categories as we expand our reach to wider audiences. We’re delighted to be exhibiting at BLE for this first time this year, to share our successes with the industry.” 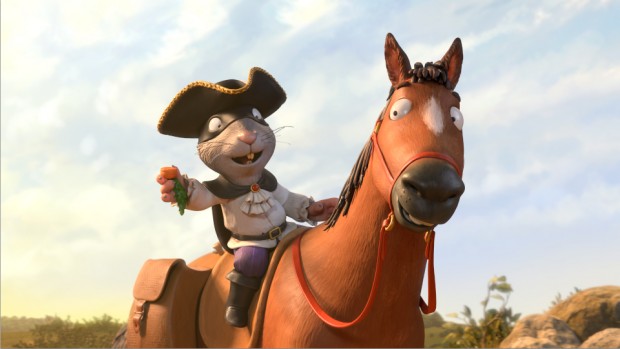