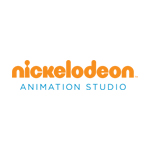 Indie comic book readers are likely already familiar with the works of Dave Cooper and Johnny Ryan. But the duo have taken a big step from the world of indie cartooning into animation with the show Pig Goat Banana Cricket, which premieres this Saturday, July 18, at 10:30 a.m. ET/PT on Nickelodeon.

We caught up with the duo — Cooper in Ottawa; Ryan in Los Angeles — to get the scoop on the new show, which is produced by Nickelodeon Animation Studios in Burbank.

Animation Magazine: Where did this show come from and how did it get to Nickelodeon?

Dave Cooper: Nickelodeon contacted us because their development executive Audrey (Diehl) was a big fan of our work. So she emailed one day and said, ‘Hey do you want to come up with an idea for a TV show?’ So we started developing ideas over the course of many months and settled on this one.

Ryan: The idea came from a comic that Dave and I had done for Nickelodeon magazine. … Dave would come up with a couple characters and he would send them my way and I would write a two-page script, two-page story about the characters. … We did that maybe three times I think, but each time it was a different ensemble of characters.

Cooper: We didn’t think we were doing more than a two-page comic strip. But then later when Audrey contacted us, we decided to develop those characters a bit more.

Ryan: That’s usually where the best stuff comes out of it is it’s nothing other than what it is. You don’t really have any sort of intention of, ‘this is going to be a great movie some day!’ We were just looking to do the best comic, the funniest comic that we could do.

Animag: How did you learn how to put together and work on a show for animation?

Cooper: Trial by fire. The first year was kind of a huge, long panic, and emotional roller coaster, but I think now we’ve reached the point where we understand the process and what we’re after. It only took us a year and a half.

Ryan: And it was also this long process of getting a team together, getting people who understood where we were coming from and what we wanted, and so that also was a challenge.

Animag: Tell me about the show itself and what it’s about, who the characters are, what you’re aiming for creatively?

Ryan: The show is about four friends. They live in a tree house. One’s a pig, one’s a goat, one’s a banana and one’s a cricket. Pig is sort of the dumb innocent dude; and Banana is like this angry, surly but yet still funny charming guy; Goat is a sweet Bohemian type but she’s also got a hair-trigger temper; and Cricket is a goofy mad scientist guy. The show is sort of split up into four segments, where they have their own individual adventure and then somehow all of them come together in the end.

Animag: Is it all a transition or something new or difficult from working on those kinds of comics to working on stuff for kids?

Ryan: Not really, I worked for Nickelodeon magazine and I was like their gag guy so I was doing gags and comics for kids for about 10 years. The general tone of my humor, the stuff I usually do for adults, the tone of it is just sort of like crazy nonsense chaos and I just refocus that energy into something that’s more kid friendly. I just change the furniture around so it’s more about pizza and boogers and nachos and stuff instead of more adult things. But I still think it has the same anarchic sense of crazy that my adult stuff does, it’s just different content, but it’s still the same sense of humor.

Cooper: That’s one of the things I love about working with Johnny is he’s not patronizing the audience; it’s the same insane stuff and it’s the same connection with the audience that there is in any of his work.

Animag: How would you compare the process of animation and comics? What are the advantages or disadvantages of each one?

Cooper: What we’re trying to arrive at is the same thing, which is a really clear spontaneous expression of our sense of humor and our visual style. So when we do it on our own, we have complete control and we have carte blanche and everything turns out exactly the way that we want it to be and it’s always 100 percent correct because we’re the bosses. On a TV show, we’ve got hundreds of people working with us so a lot of is just about communication or trying to get our vision into their heads so that they can draw like us, write like us, color like us. So it’s sort of like completely different in some ways and exactly the same in others, working in comics and television

Ryan: It’s strange going from working 20 years alone in a room all day, seeing and talking to no one. Suddenly you have to come to work every day and people are asking you questions and they’re expecting you to guide them. That is one of the big differences. The other is it’s a very slow process — from writing, coming up with the premise, all the way up to the finished product. With comics, because you’re the beginning and end of the process, it’s a much faster process.

Cooper: But then also it’s such a treat getting the shows back. We spend years and years, I guess two years on the shows that we’re getting back these days, and when they come back you’re like I can’t believe how lucky we are to have all these beautiful TV shows coming back from overseas. It’s amazing.

Animag: What are your thoughts as people are finally about to get to see it. Are you anxious, nervous, excited?

Cooper: I’m strangely not nervous at all. I’m kind of confident. … I feel like we’ve done such a good job and I love the show and everyone we’ve shown it to loves it and my gut feeling is just that if people don’t like the show, then fine, there’s nothing we could have done. We couldn’t have tried any harder or put in more time or care into it. I’m eager to find out what people think, but I just feel very proud of what we’ve done. 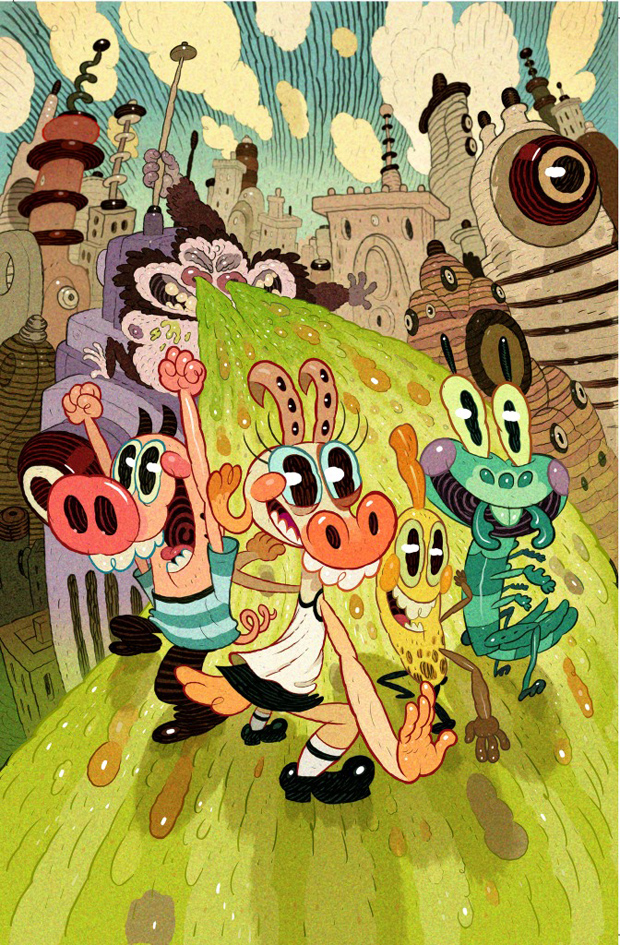