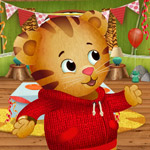 Produced and distributed by 9 Story Entertainment, Daniel Tiger’s Neighborhood recently won Best Preschool Animated Series at the 2013 Kidscreen Awards. Executive Producers are Kevin Morrison, for The Fred Rogers Company; Angela C. Santomero, co-founder of Out of the Blue and the creative force behind the hit series’ Blue’s Clues and Super WHY; and 9 Story’s Vince Commisso.

The series follows Daniel, a shy but brave 4-year-old tiger who lives in the beloved Neighborhood of Make Believe. With the help of his neighbors, family, and friends – O the Owl, Prince Wednesday and Katerina Kitty — he learns valuable lessons that prepare him for school and life.

“The beautiful design of Daniel and his friends, and the lovely songs make it really irresistible,” says Tiphaine de Raguenel, fead of France Télévisions youth activities. 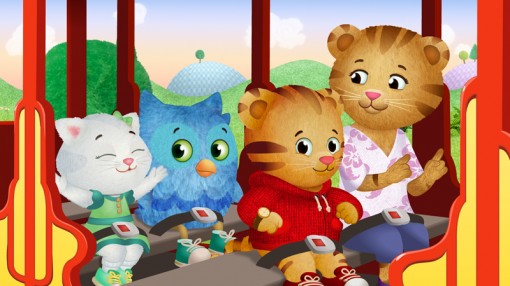