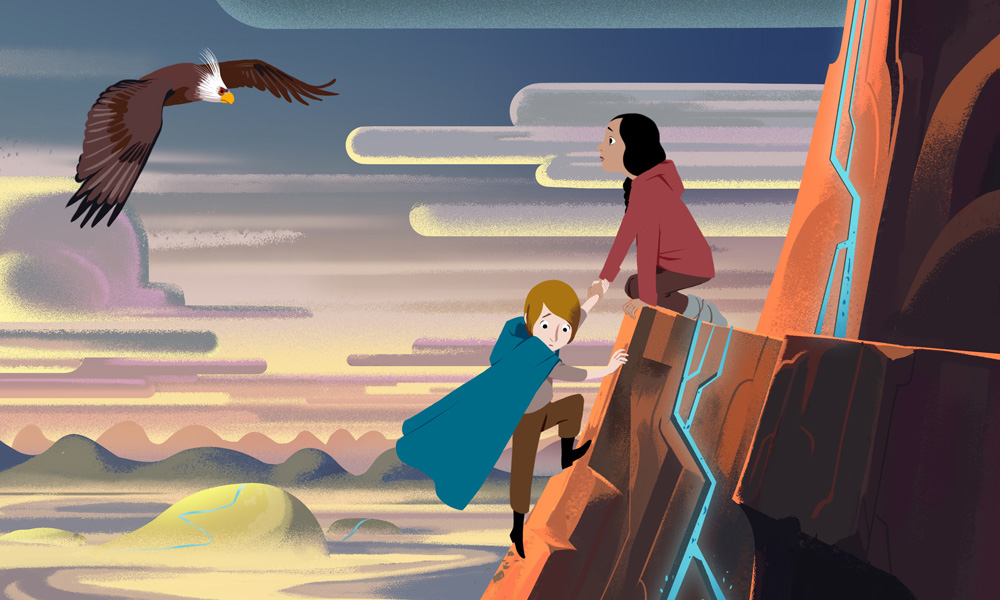 Dandelooo’s animation studio Ooolala in la Cartoucherie, Valence (France) will produce the new 2D animation in cooperation with Canal+ Family. Directed by Paul Leluc (The Wolf, The Long Long Holiday), the series targeted at eight- to 12-year olds will commence production at the end of this year. Delivery is set for mid 2023, with Dandelooo responsible for worldwide distribution.

Published by Editis Group, La rivière à l’envers has sold over one million copies in France and numerous countries including Japan, China, South Korea, Russia, Spain and Germany. The English version will be published worldwide by Andersen Press in 2022.

Veerle Appelmans, Producer at Vivi Film said, “We have a heart for authentic imagery and touching stories. That is why we fell head over heels for Upside Down River! We look forward to co-producing this poetic and beautiful coming of age series.”

Emmanuèle Pétry Sirvin, Co-Founder of Dandelooo, added, “My partner Jean-Baptiste Wery and I are so excited to be able to bring to ‘screen life’ this wonderful book, the kind of story you will always remember your whole life. It’s so rare to find a magical composition of adventure, friendship, fantasy, nature and strong emotions and we feel privileged that Jean Claude has accepted our desire to adapt his masterpiece and to collaborate with Vivi Film on this amazing project.”

The Upside Down River is an adventurous quest in a poetic fantasy world following Hannah’s search for water drops from the Qjar river in order to heal her sacred bird. She’s followed in her hunt by Tomek, a shy boy, whose world is turned upside down when she enters his shop.

Dandelooo’s productions include the hybrid preschool series The Treehouse Stories (in production on season 4, with two theatrical films), which won an International Emmy Kids Award in 2017; Chico Chica Boumba, commissioned by M6; and the animated feature film Houdini. The company has just delivered Stinky Dog (52 x 11′) to France Televisions and TV3 Catalunya, and TV special Mum is pouring rain (WIP at Annecy) to Canal+, is now in production for the preschool series Billy the Cowboy Hamster (52 x 11′). Dandelooo is also developing loguis, an original project to initiate yoga for preschoolers.