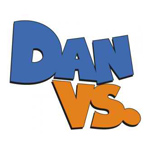 Fast-growing TV network The Hub will premiere the third season of half-hour 2D animated comedy series Dan Vs. on Saturday, November 17 at 4 p.m. ET. The season premiere will be part of a special two-hour marathon of fan-favorite episodes from the first two seasons beginning at 3 p.m. ET and featuring “The Family Thanksgiving” episodes at 4:30 p.m. ET in honor of the upcoming holiday.

The 13 x half-hour season produced for Hub by Film Roman (a Starz Media Company) in association with The Hatchery stars outspoken Dan (Curtis Armstrong, Revenge of the Nerds), an endearing sourpuss on a misguided quest for justice that leads to misadventures and catastrophes for Dan and his pals Chris (Dave Foley, The Kids in the Hall) and Elise (Paget Brewster, Criminal Minds). In the premiere episode “Anger Management,” Dan is forced to take an anger management course to curb his destructive instincts, and finds a kindred spirit in a mild-mannered yet incredibly unstable instructor (Jenna Fischer, The Office). 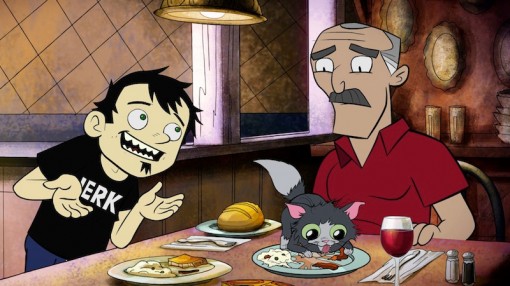