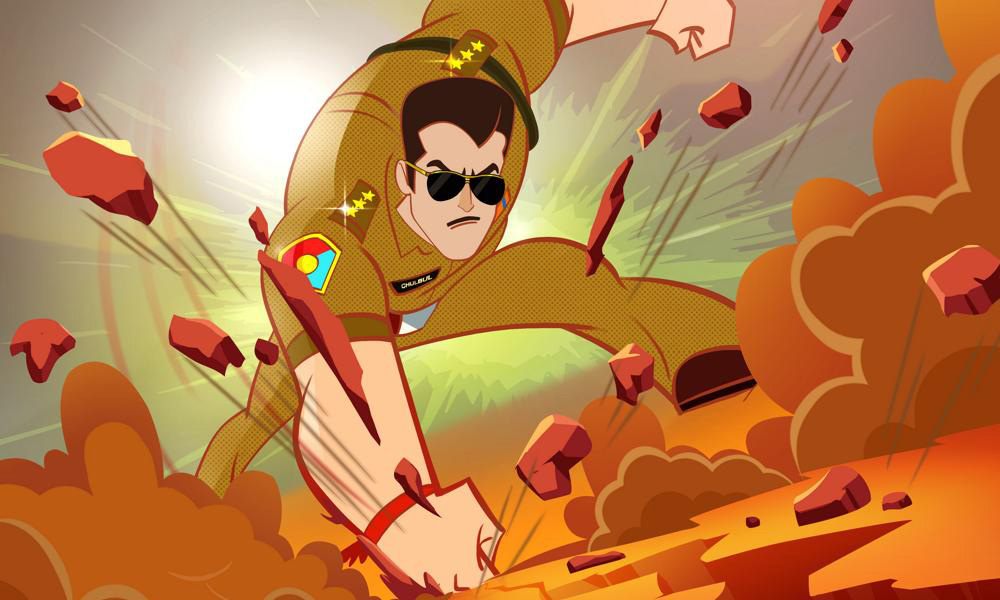 Cartoon Network will introduce its fans in India to its latest action-comedy Dabangg – The Animated Series, airing every day at 12 p.m. beginning Monday, May 31. The series (104 half-hours) stars the fearless super-cop Chulbul Pandey (played by Salman Khan) and is one of the first animated series to retain the original version of a popular Bollywood character, rather than reimagine the star as a kid.

The WarnerMedia and Cosmos-Maya collaboration follows on from the resounding success of other homegrown comedies Titoo – Har Jawaab Ka Sawaal Hu and Lambu-G Tingu-G on companion channel POGO.

“Both kids and their families are just going to love this! Our new animated action-comedy is just so much fun and stars the character Chulbul Pandey – the quirkiest cop in town,” said Abhishek Dutta, South Asia Network Head, Cartoon Network & POGO. “It’s been great to work with Cosmos-Maya for yet another highly-promising project.”

Arbaaz Khan, Bollywood actor and producer of the Dabangg film franchise, added, “We are thrilled to work with Cartoon Network and Cosmos-Maya to bring kids their favorite action-packed Bollywood franchise in an animated avatar. It has been a fun ride to create new narratives with Chulbul Pandey, who the country has come to know and love. We cannot wait for little fans and their parents to meet the animated version of the quirky and amazing Chulbul Pandey on Cartoon Network!”