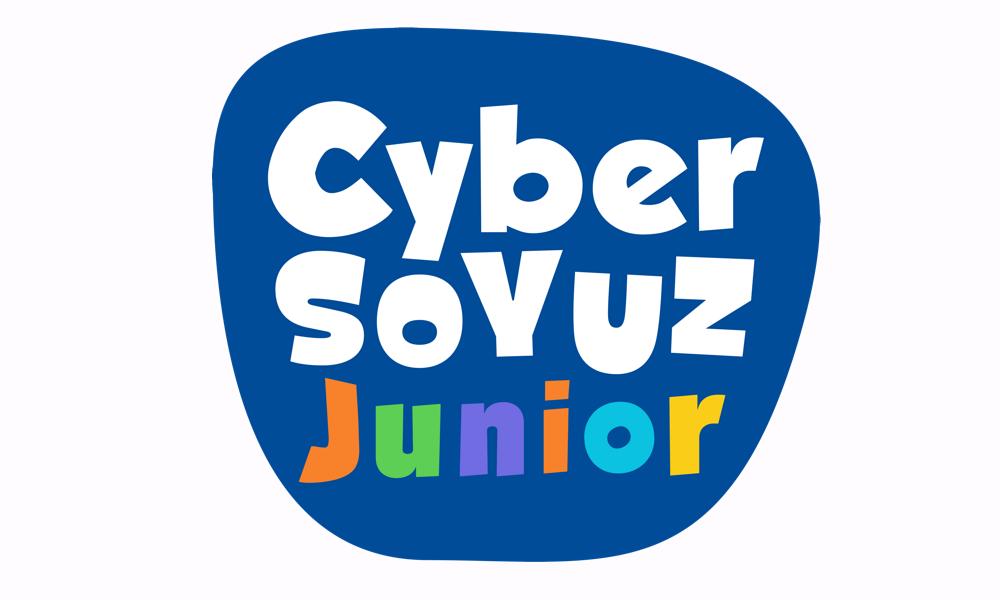 Both companies will put together their expertise, talents, skills and resources to create high quality 2D animation programs, merging classic style and new talent. The brand-new preschool series Orange Moo Cow is currently in production and several projects including Squared Zebra are in development under the newly created label. Both series are targeting children 3 to 6 years old. Cyber Group Studios will be the worldwide distributor for Cyber Soyuz Junior outside of Russia, where the two series have already been acquired by the Russian Federation broadcaster Channel 1. 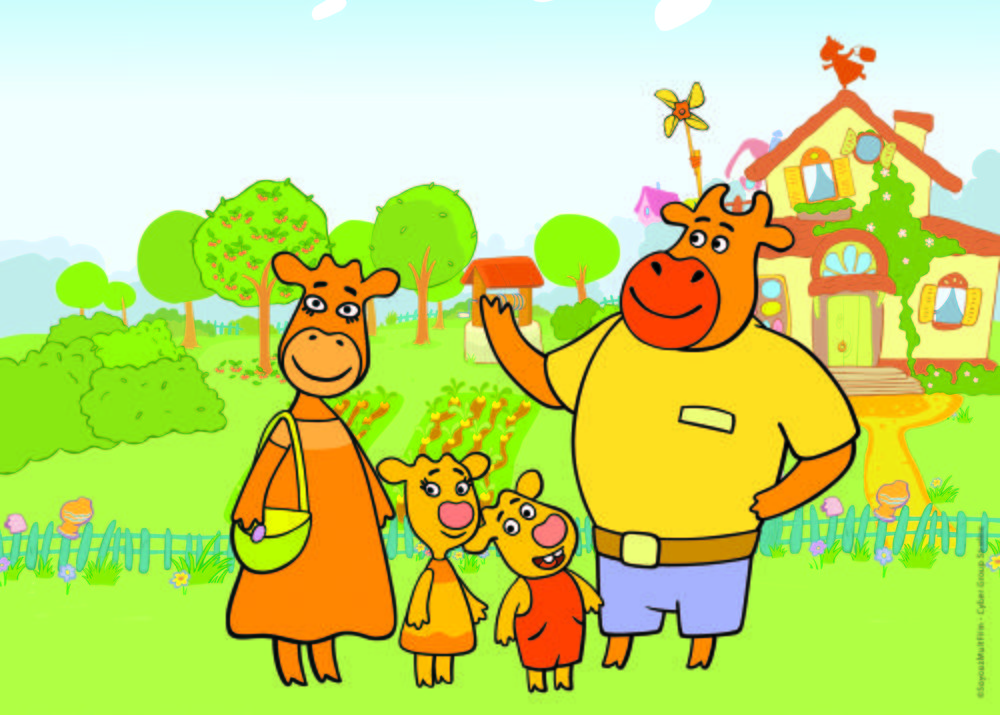 Orange Moo Cow (52 x 7’ 2D HD) is a very sweet animated comedy series for preschoolers about family, friendship and love. It follows the daily life of Zoh, an energetic 6-year-old cow, and her little brother Boh, a sensitive and curious 4-year-old bull. Along with their loving parents Mommy Cow and Father Bull, and their young friends — Cathy the Cat, Grey the Wolf and many others — Zoh and Boh turn their everyday life into fun and exciting adventures as they try to find answers to their many questions! A sweet and fun show for kids all around the world. 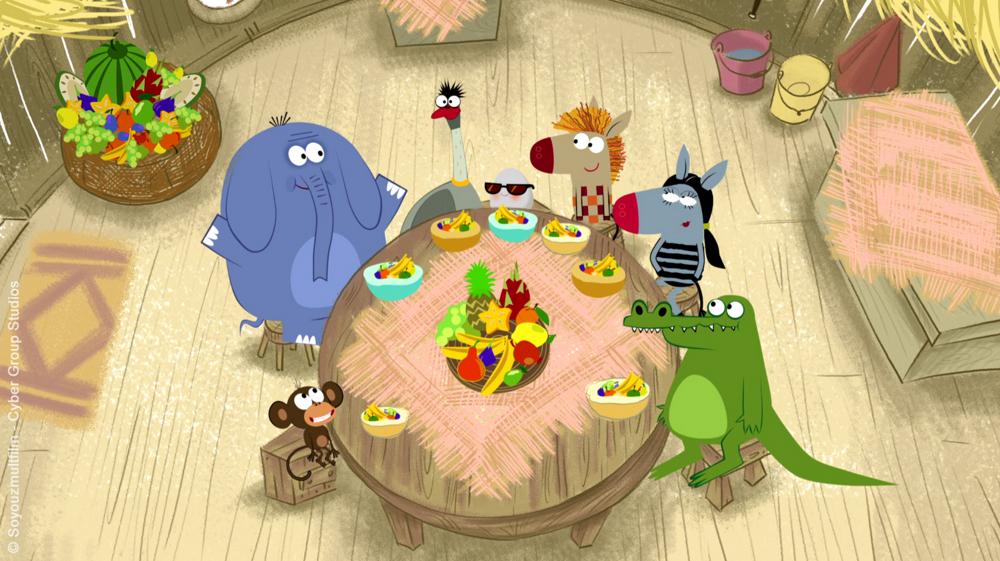 Squared Zebra (78 x 7’ 2D HD) is a brand new preschool animated TV series aimed at kids from 3 to 5 years old. This new series follows the daily adventures of Checkery the zebra, a friend like no other who encourages others to open up. With her friends Polly the zebra, Rodion the elephant, Gosha the crocodile, Pasha the ostrich and his little brother Petya the little egg, they learn to overcome their differences and embrace life in all its diversity and beauty. Every day, their island has something in store for them, be it an adventure or a discovery! They are young and playful, and each character has a unique personality. Preschoolers can easily relate to these unique characters in their good sides, flaws, behavior, and the situations they find themselves in.

Founded nearly 100 years ago, Soyuzmultfilm has produced over 1,500 cartoons that have been successful in Russia and across the world. The studio specializes in the creation of animated TV series and feature films and is well-known for its 2D animation skills. Cyber Group Studios, also established with a strong reputation in creating and animating in France both 2D and CGI series, is proud to announce the creation of this new label and to strengthen its business relationship with this historical and key player studio. Cyber Soyuz Junior will soon welcome more high-quality programs that are currently in development.

“I am very proud of our association with the famous Soyuzmultfilm studio,” said Pierre Sissmann, President & CEO of Cyber Group Studios. “Based on our joint experience and traditions, it offers an immense possibility to merge both storytelling and animation talents from both the French and the Russian culture and create programs that will travel the world and hopefully help children.”

“Cooperation with a partner like Cyber Group Studios is a strategically important milestone in the history of development of Soyuzmultfilm Studio, the oldest Russian film studio with rich traditions of the auteurs school,” added Yuliana Slashcheva, Chairman of the Board of Directors of Soyuzmultfilm. “Working with our French colleagues, real professionals in the field of animation industry, gives us invaluable experience in producing world-class projects. I am confident that together we will be able to create extraordinary cartoon series and full-length films, which will become the flagships of the world industry and will be loved by children around the world.” 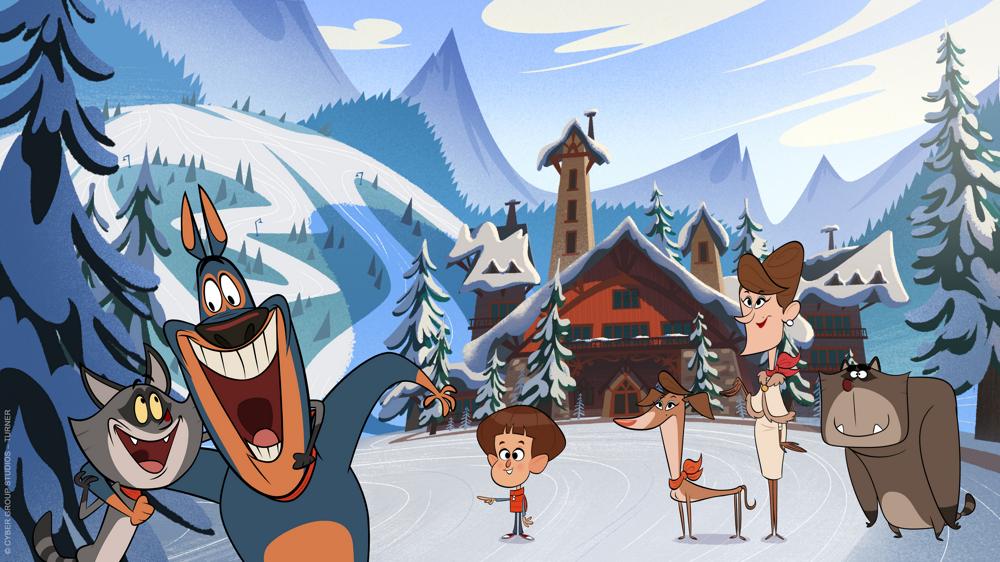 The news of Cyber Soyuz Junior comes on the heels of Cyber Group Studios and Boomerang International announcing Season 2 of their original 2D HD animated comedy series Taffy. Based on an original creation by Cyber Group Studios and developed with Boomerang, Season 2 of Taffy consists of 78 brand new seven-minute episodes, expanding the property that viewers know and love around the world to a total of 156 episodes.

The hit series, which is selected for the official competition of Annecy 2020 International Animation Film Festival in the “TV Films” category, will air its second season on Boomerang across international markets and on major French network Gulli. Inspired by the world-renowned classic toons of Hanna-Barbera, Taffy Season 2 will be full of surprises, brimming with new adventures, comedy, new sets and characters.

Taffy follows the non-stop, slapstick misadventures of a loyal hound dog named Bentley after his billionaire old lady owner Mrs. Muchmore takes in a racoon imposter posing as a wide-eyed, fluffy angora cat. Each episode sees Bentley trying to reveal “Taffy” for the varmint that he is – while super-clever Taffy handily (and comically) turns the tables on the dog. Whether traveling from Mrs. Muchmore’s luxurious mansion to a five-star cruise, embarking on international jet-ski adventures or visiting the President, wherever these rivals go, mayhem is sure to follow!

“It is a real pleasure for me as an author and producer to embark on this second season of Taffy with our friends at Boomerang and to be also able to push the comedy limits of the series – taking Taffy, Bentley and Mrs. Muchmore on Summer and Winter vacations in lush locations, meeting new great personalities and characters,” commented Cyber Group’s Sissmann.

“Taffy is a great success story, which stems from a valuable relationship with a European production partner to commission a series for Boomerang that can travel across internationally,” said Cecilia Persson, VP of Programming & Content Strategy, Turner EMEA Kids, Acquisitions & Co-Productions International. “The show is a perfect fit with our channel’s DNA and has enjoyed a strong performance – proving that this kind of comedy is truly universal.”

Behind-the-Scenes: ‘Jungle Beat: The Movie’ Introduces a Friend from Another Planet
Disney+ Premieres Hybrid-CG Gorilla Tale ‘One and Only Ivan’ August 21