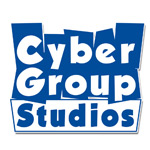 Paris-based animation producer and distributor Cyber Group Studios reports robust sales of its series — including Zou, Mini Ninjas, The Long Long Holiday and Balloopo — in the first quarter of 2015.

The company will present at MIPTV next week episodes of Zorro: The Chronicles and trailers or development elements of in-production and in-development series including Mirette Investigates, commissioned by TF1, WDR, TV Catalunya and Canal Plus; The Pirates Next Door, with France Télévisions; and a new preschool project called Gigantosaurus, based on the Jonny Duddle best seller. The company also will introduce the first trailer of its interpretation of Tom Sawyer.