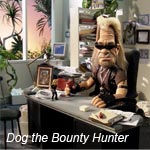 Fresh off earning a Gemini nomination for animating Nick at Nite’s Glenn Martin, DDS, Toronto-based Cuppa Coffee Studios will lend its expertise to a stop-motion comedy based on the adventures of Dog the Bounty Hunter (Duane Chapman).

“We’ve created something both very funny and action-based and we are excited to start approaching broadcasters now with an extraordinary property that lifts off from the A&E brand and goes humorously sideways!” notes Cuppa Coffee Studios president Adam Shaheen. “This is an animated comedy that falls somewhere between The A- Team and Team America! As anyone who watches their current hit show knows Dog and [his wife] Beth Chapman have a great sense of humor and continually poke fun at themselves and the animated series will take that aspect further. It will be written by some of the industries funniest”. 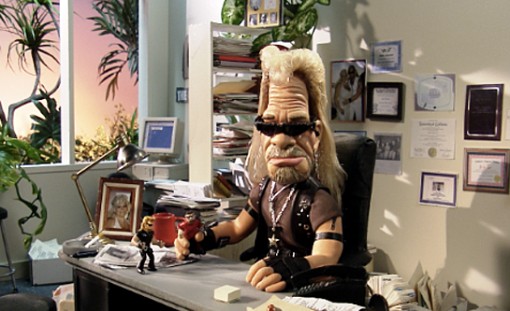 The Chapmans’ manager Alan Nevins adds, “The Chapmans are at their best when making fun of themselves. This show allows them to share in the joke by expanding their personas into an outrageous animated realm.”

The show was created by Adam Shaheen and Brendan Russell and will debut at the MIPCOM market in France in October. Ugly Americans, Life’s A Zoo, Celebrity Deathmatch, A Miser Brothers’ Christmas, Nerdland, Rick and Steve, A Very Barry Christmas and Bruno are among Cuppa Coffee’s many hits over the years.