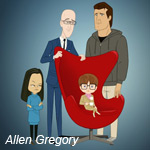 Fox’s new animated series Allen Gregory has the luxury of being part of the cabler’s successful Sunday night lineup, but critics don’t see a long future for the primetime toon. The series, which is voiced and exec produced by Jonah Hill, centers on a very precocious and annoying seven-year-old who has two gay dads and a Cambodian-born sister. Most reviews have pointed out that the central character is annoying and the sexual content (which revolves around his inexplicable attraction to the 60something teacher at his school) seems highly inappropriate. Here’s an overview:

“Deeply absurd but only fitfully funny, Allen will probably be loved by a small group of people, but not especially liked by many… If the pilot is an accurate preview of what’s to come, this talented tot’s graduation out of primetime might come sooner than any of his many fathers would welcome.”

Tim Goodman, critic at The Hollywood Reporter isn’t too happy with the show either:

“It can be funny, but it’s got no real point, looks cheap, has a crazy, vague ending… With no other likable characters and a thin premise, Allen Gregory seems as one-dimensional as the animation. After seven episodes, Fox will next try to turn the Napoleon Dynamite film into a TV series, but that doesn’t sound remotely promising. Maybe Bob’s Burgers, a recent Fox animated series that is infinitely more enjoyable, will return to save the day.”

Meanwhile, Entertainment Weekly’s Keith Staskiewicz points out that the main character is supposed to be insufferable…

“but there’s not enough else in the show to distract you from just how much you want to shove the tiny egomaniac into his Louis Vuitton lunch box.” 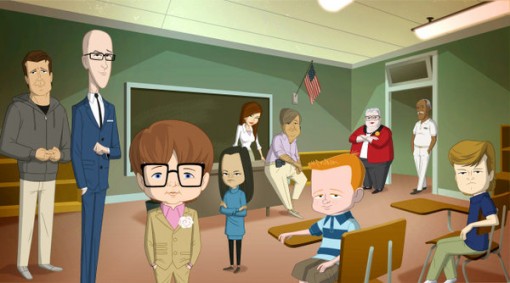 Oh boy. I guess we’ve been warned! The show premieres this Sunday at 8:30 p.m. on FOX. On a more positive note, The Simpsons’ annual “Treehouse of Horror” episode also airs this Sunday at 8 p.m., spoofing Avatar, Dexter and The Diving Bell and the Butterfly, of all things! 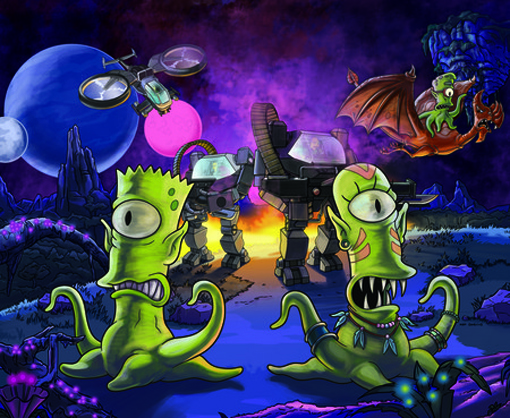