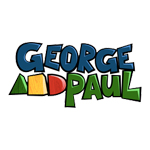 This 12 x 5 mins. animated series is about two wooden friends who live in a world where everything is made out of wooden blocks. The amount of wooden blocks in their surrounding depends on the things needed to get into a new adventure. A voice-over tells what is happening or is going to happen when needed. George and Paul can also interact with the voice-over (David McAlister). They don’t talk themselves but have a lot of body language which tells in what kind of emotional state they are.

Animators Erik Verkerk and Joost van den Bosch created George & Paul in 2006, while they graduated. “We wanted to make children’s animation and thought about doing something with a box of building blocks, being an old Dutch children’s toy which is still used. It’s timeless. Old Mickey Mouse cartoons are still watched, instead of new animated movies who only last for a few years in our memories,” they said in a statement.

The animators say they also we inspired by Sesame Street’s Bert and Ernie and Laurel and Hardy. The characters are opposites of each other, but can’t live without each other.

“We were inspired by the cartoony stop-motion animation technique of Hungarian animator George Pal. As admiration to Pal we choose to name our characters George and Paul,” they said.

Verkerk and Van den Bosch received an invitation to work at the Irish studio Cartoon Saloon, on Skunk Fu. They also had the chance to further develop the idea of George & Paul.

“In 2008, we have finished the current pilot,” they said. “During our stay at Cartoon Saloon, we worked on the concept and decided to have wooden blocks float, to get the right stop-motion feel.”

Ka-ching Cartoons and its distributor, Pedri Animations, already signed agreements for the show with Belgium Ketnet and Dutch NTR. They also received interest from distributors and broadcasting companies in England, Spain, Ireland, France, Denmark and Croatia.

Ka-ching Cartoons finished 26 animatics after receiving financing from the Dutch Mediafund. It is expected to finish the first episodes in 2014.

For more on the series, go online to www.georgeandpaul.com. 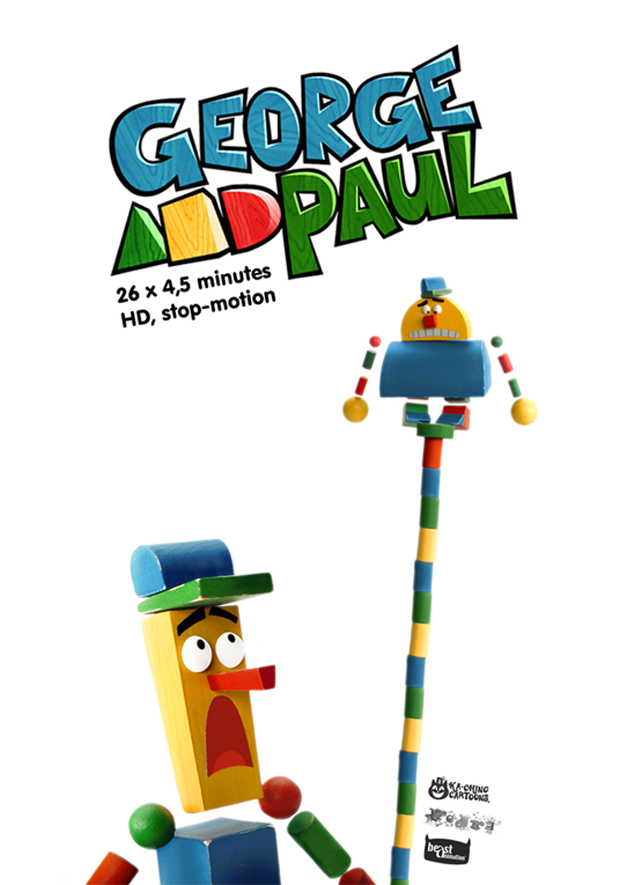