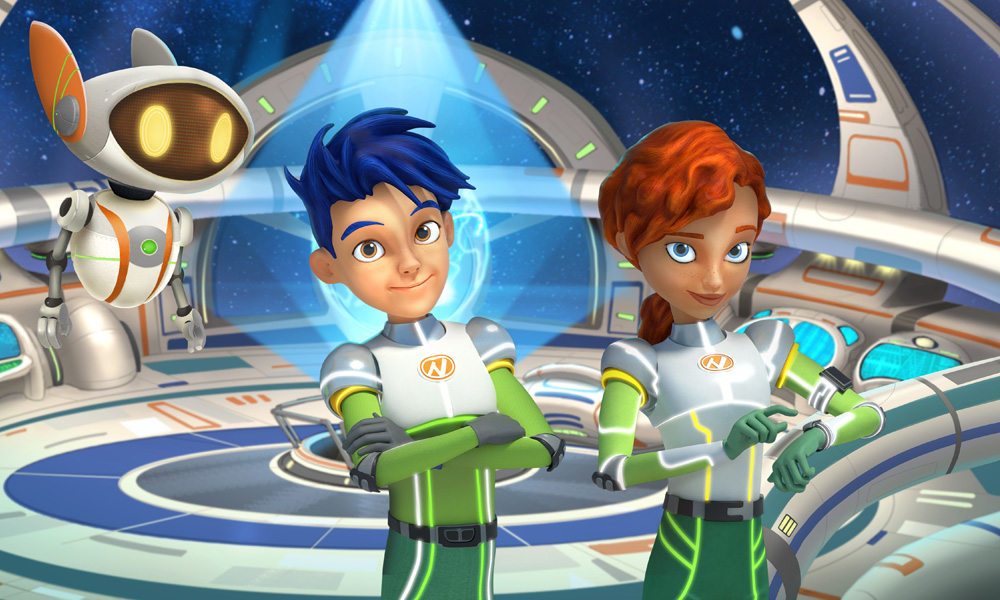 SLR Productions has today announced the stellar creative team line-up on its new, original CGI animated series Space Nova, in association with Malaysian studio Giggle Garage. It has also confirmed its impressive and talented voice cast made up of locally known and up-and-coming names.

SLR Productions’ Australian creative team will be headed by CEO and Executive Producer Suzanne Ryan. Emmy-nominated director for Beat Bugs, Pablo de la Torre, has been named the series director along with Cindy Scharka and Gie Santos as first-time episodic directors. The series is produced by Ryan and SLR’s Head of Production, Yasmin Jones. The team will also be made up of Emmy Award-winning SLR Creative Director Jo Boag, with multi-Australian Writers’ Guild Award winner Thomas Duncan-Watt announced as the head writer. Thomas will lead some of Australia’s most prolific writers including Melanie Alexander, Charlotte Rose Hamlyn, Georgina Love, John Armstrong, Joel Slack-Smith and Ben Levin.

The Giggle Garage team will be made up of Executive Producers Juhaidah Jeomin, Zeno Gabing, and Sandra Khoo as Creative Director.

Space Nova (26 x 24’, kids 6-9) is set in the year 2162, where life is a blast for space adventuring siblings Jet and Adelaide Nova. Along with their parents, Josie and Hugo, these intrepid Aussie astronauts spend their days hopping rogue planets, dodging exploding asteroid belts, surfing solar flares, falling through intergalactic wormholes, avoiding being eaten by all kinds of plantimals and even meeting the odd space slug, all in the name of science. But what the Nova family really want to do is meet a real life intelligent extraterrestrial life form — something humanity has yet to do, probably because even by 2162 our technology can still barely get us to the edge of our own galaxy, let alone the millions of others beyond it!

Then everything changes… During a routine research mission, the Novas stumble across an abandoned alien space craft trapped in a Celestial Butterfly. Even more incredible, this craft appears to be powered by a rainbow substance that’s so powerful it sends the craft zipping away at speeds humanity never dreamed possible. Although the Novas were unable to capture the craft, or the “Star Dust” that powered it, they now know that there is an advanced, intelligent species out there, able to travel the universe in the blink of an eye. If only they can find them…