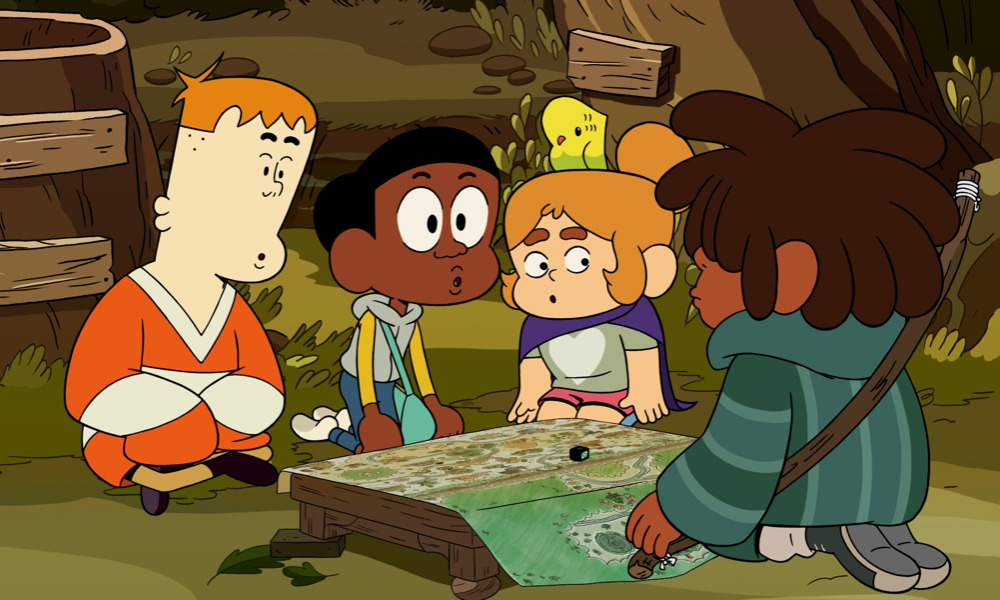 WarnerMedia Kids & Family announced today two new project greenlights and a series renewal that will expand the storytelling universe of the hit Emmy-, GLAAD- and NAACP Image Award-nominated Craig of the Creek. Establishing itself as a premier animated kids franchise, project greenlights include a preschool spinoff series Jessica’s Big Little World, and an original animated movie, Craig of the Creek: The Movie, plus a season five series renewal.

“In Craig of the Creek, Matt Burnett, Ben Levin, Tiffany Ford and the entire crew created a charming, imaginative, and inclusive world that represents the best in kids animation,” said Sam Register, President, Cartoon Network Studios and Warner Bros. Animation. “We could not ask for a better foundation as we expand the stories of the Creek into preschool and long-form projects ensuring that Craig of the Creek is well on its way to becoming our studio’s next big kids franchise.”

“Since its debut, Craig of the Creek has been an instant audience favorite, capturing the joy of being a kid along with the humor and heart of family life,” said Amy Friedman, Head of Kids & Family Programming, Warner Bros. “We are so thrilled with how Cartoon Network Studios has opened up Craig’s world and that his hilarious little sister Jessica, a breakout character, will now have her own show!” 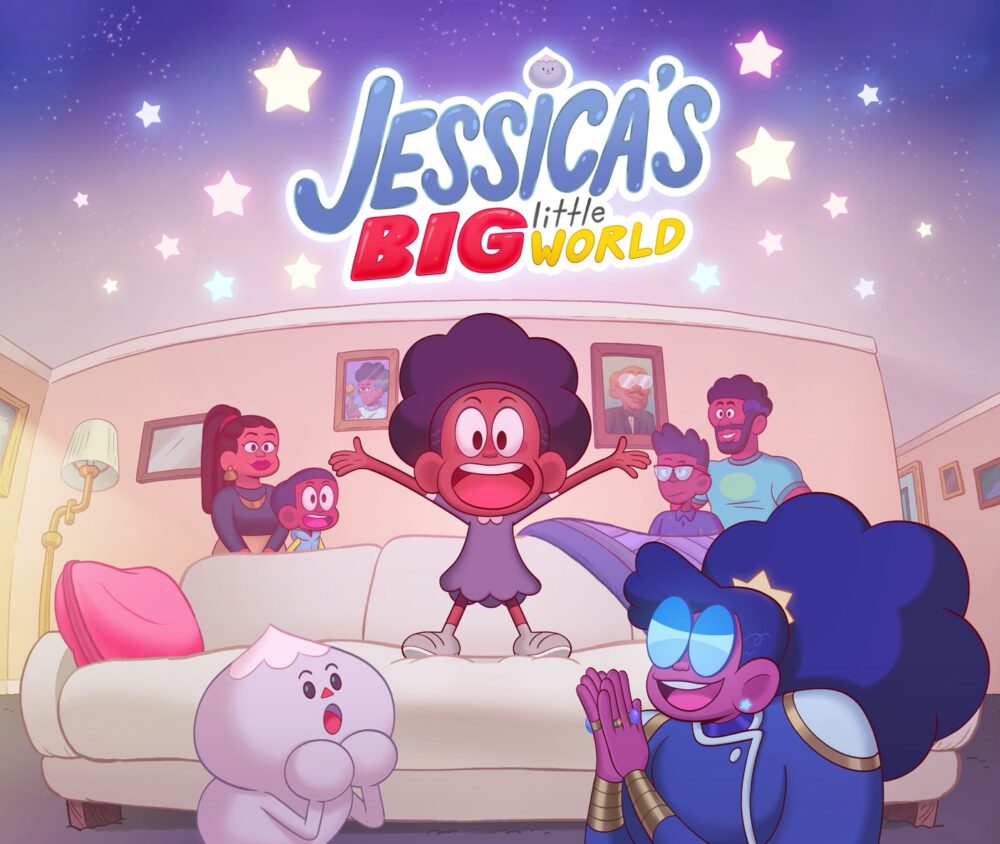 Jessica’s Big Little World – No task is too big, even when you’re little! Set to debut in 2023, this preschool spinoff centers on the Creek’s favorite resilient little sister, Jessica, as she navigates her way through a world where everything seems much bigger than she is. Although she’s the youngest and still needs help with a lot, Jessica is inspired by the grown-ups and bigger kids around her and is persistent in her quest to conquer monumental kid tasks like creating a bedtime routine or saying hi to a new classmate. With the help of her friends, imaginary and real, Jessica sets off to take on the world, even if she still does suck her thumb … sometimes.

Following Cartoonito’s framework of Humancentric Learning, Jessica’s Big Little World aims to mirror important moments and milestones in children’s lives to help them recognize and appreciate that difficult experiences and feelings are universal. The preschool series will weave themes of communication, imaginative play, perseverance and embracing age-appropriate strategies for overcoming obstacles throughout.

Craig of the Creek: The Movie – An origin story of the Creek’s bravest explorer that could only be told through the scope of a movie. Craig Williams is the shy, new kid in town, longing for his old home and life. Little does he know, he’ll soon set off on the biggest adventure he could ever dream of. Treasure maps, pirate ships, and a villain who wants to destroy the Creek are just the beginning in this treasure hunting epic! Craig of the Creek: The Movie is expected to premiere in 2023.

Craig of the Creek Season Five – Craig of the Creek follows the precocious Craig and his best friends Kelsey and J.P., as they transform everyday afternoons into extraordinary adventures through imaginative play at the neighborhood creek. Season five delves deeper into the endless world of the Creek as Craig embarks on more journeys with friends new and old, finding adventure, mystery and fun around every bend. Season five is scheduled to premiere early next year. 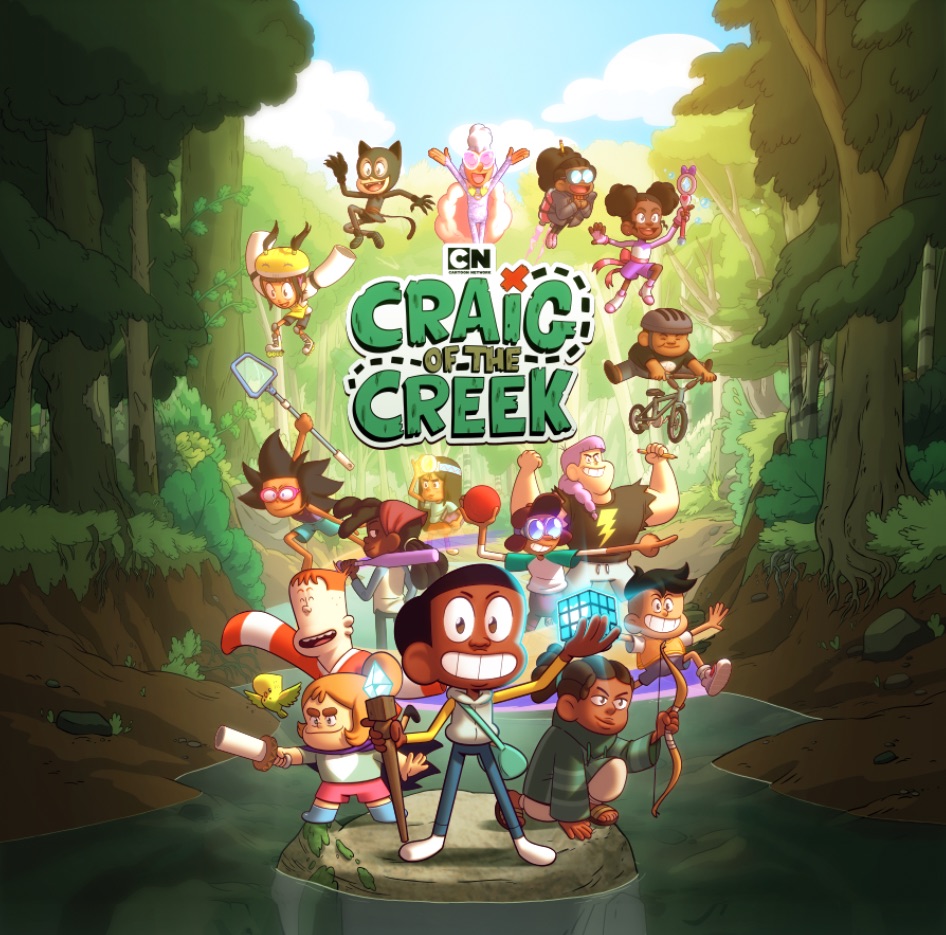 “Seeing how viewers automatically fell in love with Jessica, the littlest member of the Williams family, and her big belief that she can do what everyone else does, developing Jessica’s Big Little World was a natural next step in the Craig universe,” said Burnett and Levin. “Tiffany has been part of the Craig of the Creek family since the beginning and there isn’t a better voice to bring our pint-sized heroine’s journey to preschoolers.”

Added Ford, “I’m very much looking forward to the stories we’re going to tell on Jessica’s Big Little World. We hope to bring forth relatable adventures that kids and parents can both connect to. I personally feel close to Jessica — she reminds me of people in my family, experiences that I’ve had, and friends that I’ve known. As we continue to develop this very special show, Jessica’s journey to becoming a big kid has also inspired me to find a more kind and compassionate approach to the even smallest moments in life.”

Craig of the Creek is consistently recognized for its authentic storytelling and representation of Black family life. Highlighted also by the diverse talent behind the scenes, the show has been praised for its inclusive storylines, relatable characters and accurate portrayal and normalization of Black culture. The series has garnered multiple award nominations since its 2018 premiere and received a Common Sense Seal for diversity in television. The fourth season of Craig of the Creek premiered Monday, Jan. 17 on Cartoon Network and will be followed by Thursday, Feb. 17 on HBO Max.