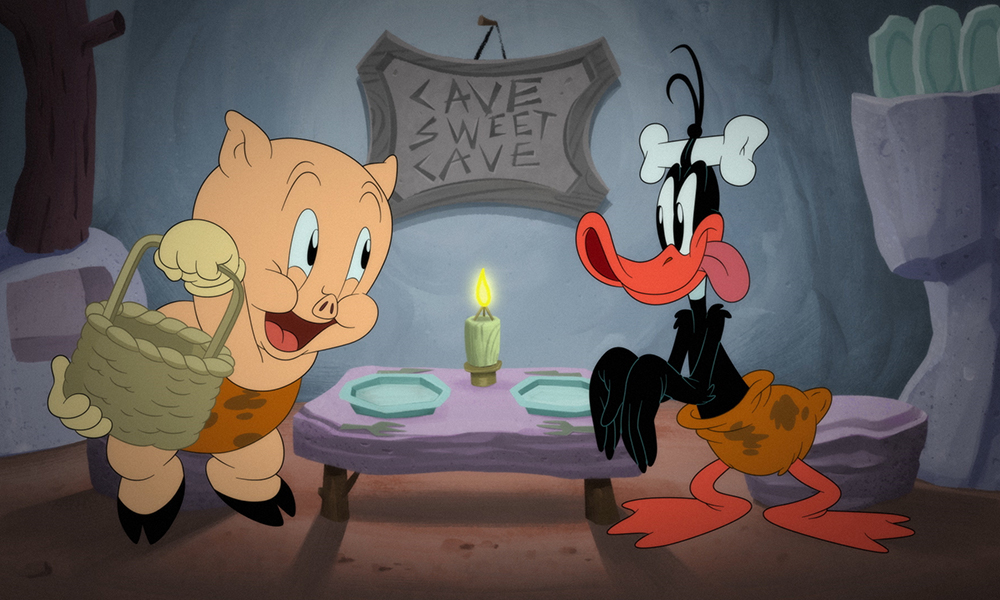 WarnerMedia is inviting home viewers to spend their Thanksgiving break with HBO Max and your favorite animated mischief-makers: Season two of Tom and Jerry in New York premieres Thursday, Nov. 18, followed by season three of Looney Tunes Cartoons on Thursday, Nov. 25. Then, take a trip to Sesame Street during See Us Coming Together, a 25-minute special that celebrates API (Asian and Pacific Islander) communities and cultures, packed with celebrity guests. Making her debut in the special is Ji-Young, a Korean American Sesame Street Muppet girl!

So much more awaits animation fans at the close of November: 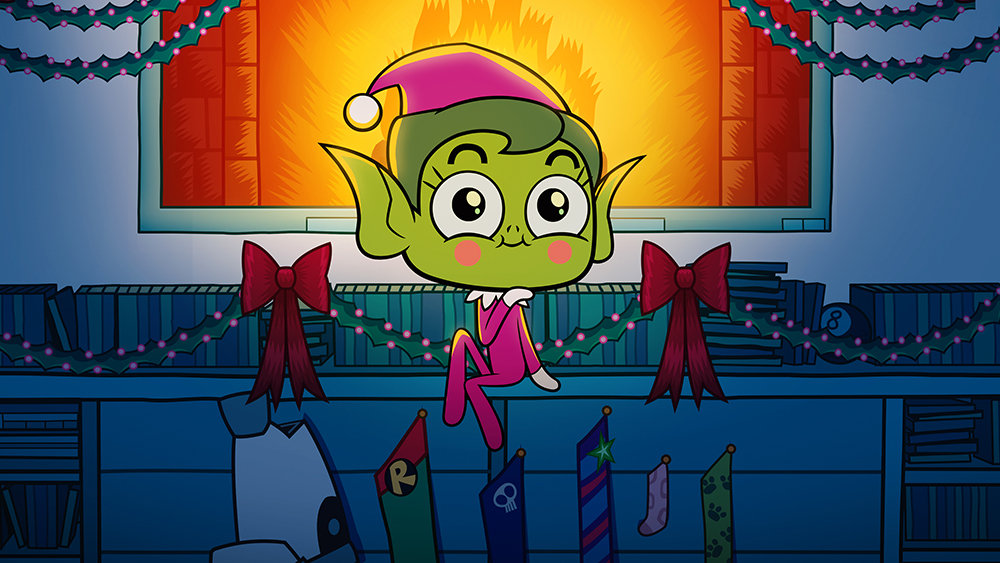 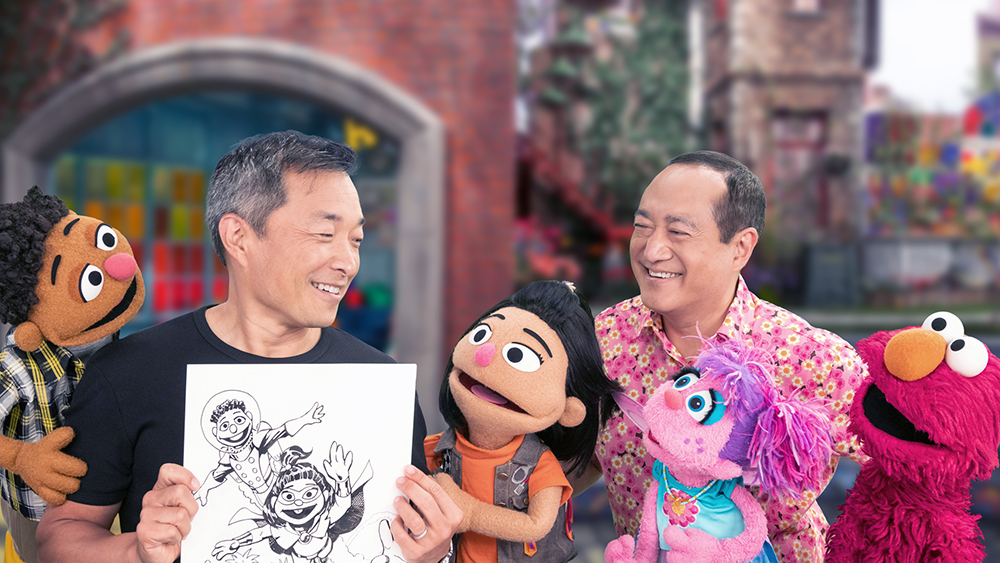 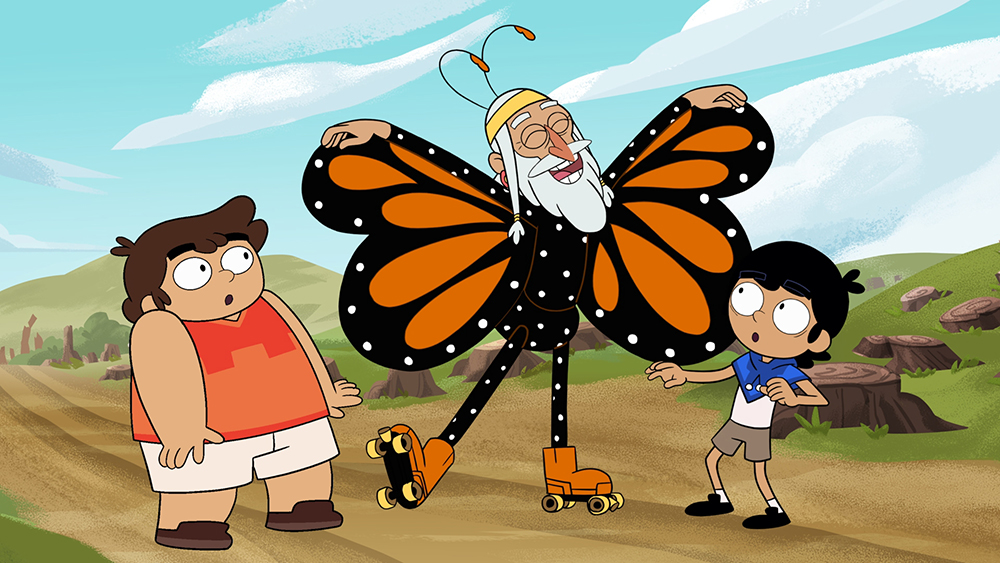 Saturday, November 20
7:00 a.m. ET/PT Cartoonito – Lucas the Spider “Home Sweet Home” — Lucas, Findley and Bodhi discover a yummy gingerbread house and immediately devour it. Feeling like the fun is over, they head to bed. But the next morning, they are surprised to find a new gingerbread house, and assuming it was fixed by magic, they decide it’s too special to eat.

9:30 a.m. ET/PT Total Dramarama “Not for the Paint of Heart” — When Izzy believes that Chef wants her to “Rise to the Challenge” of destroying the daycare with art, she gets some magic paint to bring all her creations to life.

10:00 a.m. ET/PT Victor and Valentino “Butterman!” — When Tez threatens to destroy the town’s butterfly habitat to build a bowling alley, Victor, Valentino and Sal must find the Butterman in order to save the butterflies!

10:30 a.m. ET/PT Apple & Onion “Sneakerheads” — Apple and Onion need a Last Will and Testament if they are to protect their belongings from the state.

“Filthy Rich” — What does it take to be truly content? Whatever it takes, Apple and Onion are going to achieve it. 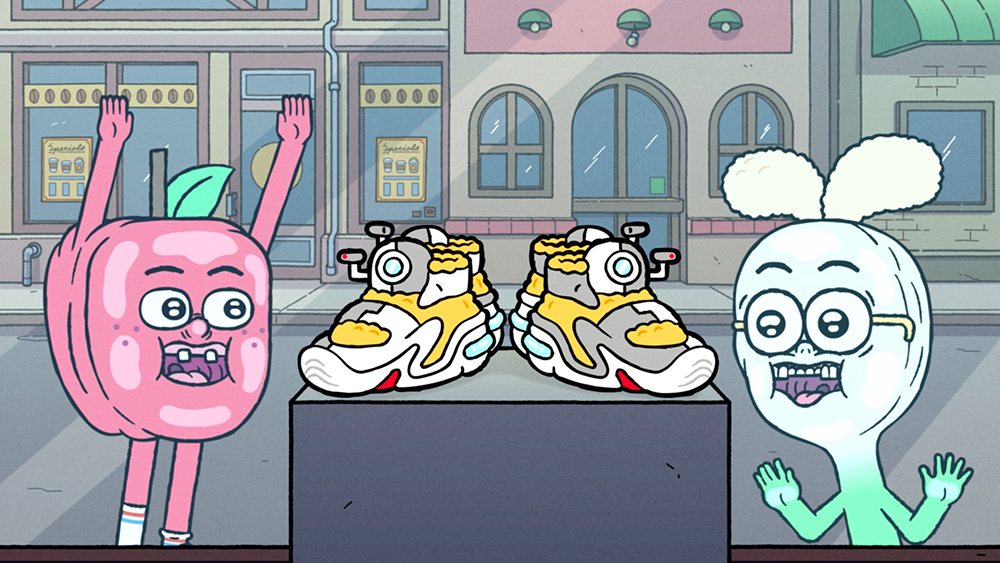 Monday, November 22
9:00 a.m. ET/PT Cartoonito – Thomas & Friends: All Engines Go “Lost and Found” — When Thomas helps Nia make a delivery to the beach in Norramby, he insists he knows a shortcut and leads the way! But it turns out his memory isn’t as good as he… remembered.

10:00 a.m. ET/PT Cartoonito – Bing “Big Boots” — Bing and Sula are being giants and splashing in puddles with their rainy boots. What will happen when Bing finds a big puddle?”

1:00 p.m. ET/PT Cartoonito – Mush-Mush & the Mushables “Morel in the Dark” — When Mush-Mush discovers that Morel is afraid of the dark, he suggests that Chep, Lilit and he take the Mushlets to their first overnight forest camp. Morel is relieved. But when Mush-Mush and his friends later come back, panicked, and reveal that the Mushlets have disappeared, Morel has no choice but to face his fear and join our friends on their rescue mission in the dark!

Wednesday, November 24
1:00 p.m. ET/PT Cartoonito – Mush-Mush & the Mushables “Bouncing Back” — Mush-Mush is very proud he invented a new game called Fruity Bounce, where he and his friends bounce as high as possible on the bouncier fruits they can find. Little did he know, the Mushups were fruit-bouncing way before he, Chep and Lilit did. So, Mush-Mush decides that if he can’t be the inventor of the game, he’ll at least be the best at it. Mushlers vs. Mushups, game on! 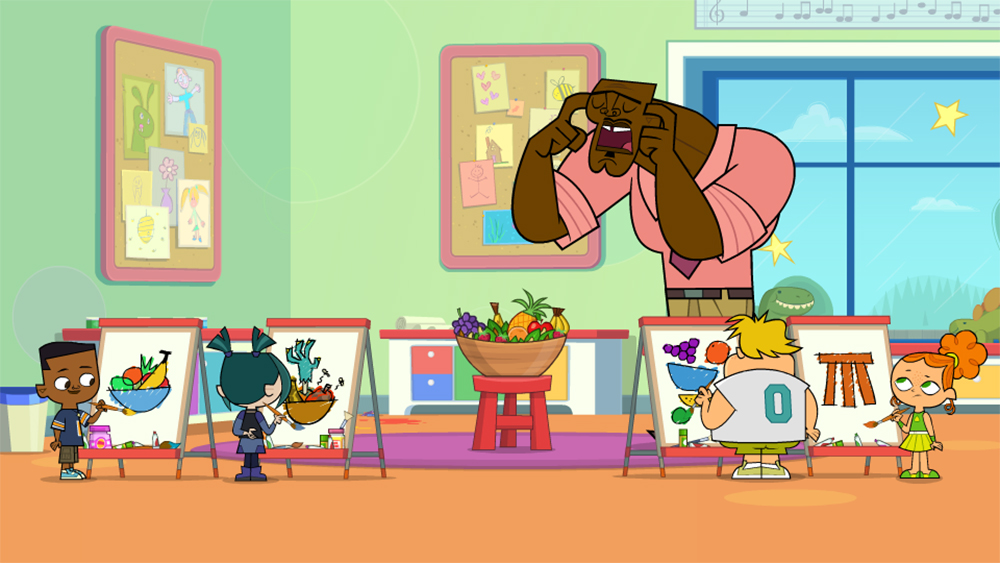 Saturday, November 27
7:00 a.m. ET/PT Cartoonito – Lucas the Spider “Bye Bye Bye” — Lucas can’t believe Maizie is going to leave them for the entire winter to hiber-grape so Lucas uses delaying tactics to keep her in the house

9:00 a.m. ET/PT Teen Titans Go! “Glunkakakakah” — Robin teaches the other Titans the art of concealment through a game of hide and seek.

9:30 a.m. ET/PT Total Dramarama “Daycare of Rock” — After believing he’s turned Chef to stone Duncan sets his sights on ultimate chaos only to discover there’s no joy in victory without an adversary.

10:30 a.m. ET/PT Apple & Onion “Truffle Season” — It’s truffle season, and Apple and Onion are truffle hunters and they will stop at nothing to taste a truffle.

“Lambporcini” — Apple and Onion are very happy with their sweet new matching designer outfits they bought from known scam-artist Street Dog. That’s until Chicken Nugget mistakes them for something they are not.