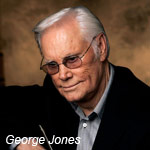 Legendary country music singer George Jones has taken part in an apropos pop cultural exchange by recording the theme song for an upcoming episode of Squidbillies, premiering Sunday, October 2 at 11:45 p.m. on Cartoon Network’s Adult Swim block. The show, now in its fifth season, is a surreal take on life in the Appalachian backwoods centering on bonafide red-necked squid Early Cuyler and his degenerate kin.

Squidbillies creators Dave Willis (Aqua Unit Patrol Squad 1) and Jim Fortier (The Brak Show) wrote the track. “I grew up with his music playing in my parents’ car. I’ve been trying to get him to do the show for five years. This was my dream,” said Willis, a long time fan who noted he “bought snakeskin boots and a plate of barbecue to celebrate” after the recording session.

The theme is written with two parts, with part one inspired by Jones’ early music and part two breaking into a slower song more reminiscent of his ‘70s and ‘80s hits, with a lyrical nod to “He Stopped Loving Her Today.” Jones is joined by Hargus “Pig” Robbins on piano, who also played the instrument on Jones’ first Number 1 hit, “White Lightning” (1957). 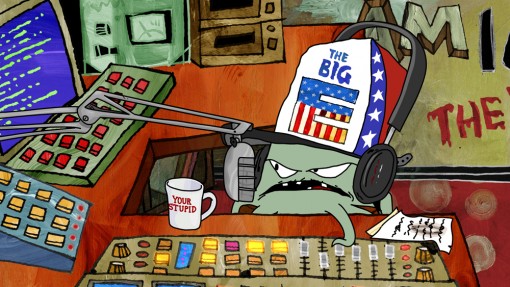