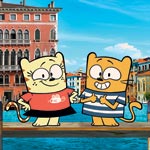 Distributor Federation Kids & Family and its sister production company Cottonwood Media have brought on another raft of broadcast and licensing partners across Europe for animated preschool hit The Ollie & Moon Show (104 x 11’). Based on the best-selling books by author-illustrator Diane Kredensor, the show celebrates unusual friendships, curiosity and differences through the globetrotting adventures of two cat buddies: adventurous, carefree Moon and straight-laced, practical Ollie.

The latest TV partners to snap up Seasons 1 & 2 are K2 (Italy), RTP (Portugal), ERRTV (Estonia) and LTV (Latvia), while Discovery Latin America has snagged Season 2. The show has been widely sold to broadcasters worldwide, including NBC Sprout (USA), Netflix (US, Canada), France Télévisions (France), UYoung (China), TVO, TFO and Knowledge (Canada), Discovery (Middle East) and VRT (Belgium), among many others.

Planeta Junior will be representing licensing rights to the series in France, where it launched last year on France Television. Previously appointed licensing reps include UYoung (China) and Spotlight Licensing (US), which has already brought on a number of licensees. The Ollie & Moon Show earned the Common Sense Media Seal (and excellent ratings) following its global debut on Sprout in the US — now Universal Kids.

“We are delighted to represent Ollie & Moon for licensing and merchandising in France. This is another step to the close relation Planeta Junior is building with Cottonwood and we are proud they trust us to build a licensing program based on quality and imagination, key values of the Ollie & Moon TV series,” said Ignacio Segura, Managing Director of Planeta Junior.

“The Ollie & Moon Show is a fabulous, universally appealing series that is obviously taking the world by storm,” commented Monica Levy, VP of International Sales, Federation Kids & Family. “We are also extremely pleased to see its success on TV turn into great licensing partnerships with expert companies such as Planeta Junior, Spotlight and UYoung.” 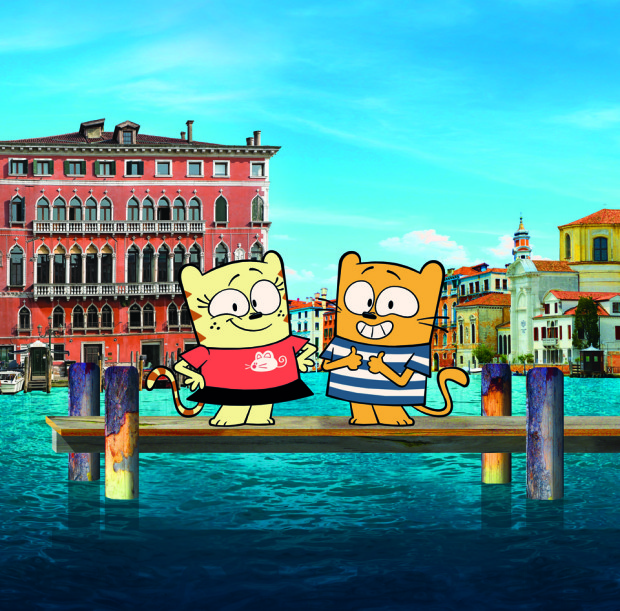