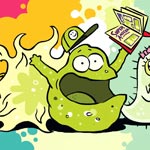 France-based producer Cottonwood Media and kids’ network Gulli have extended their partnership on animated comedy series Squish into Russia and Africa — Gulli Girl and Gulli AFRICA are now set to bring this look at the secret life of Amoebas to broadcast.

“Developing our Russia and Africa services are key to our global, long term development. Adding a signature comedy series such as Squish to these channels will help in a big way,” commented Caroline Cochaux, Executive Director of Broadcast and TV Programs for France and International at Lagardère Active.

Aimed at kids ages 6-11, Squish is based on the New York Times best-selling graphic novels by Jennifer Holm and Eisner-winning creator Matthew Holm (Random House Children’s Books). The show is set in the cutthroat world of single cell organisms, where even Amoebas have to face the terrors of school.

And, in an absolute animation first, Cottonwood has hired an NYU fellow who specializes in amoebas and microbiology to consult on the series.

“We really enjoy creating shows that are both original and funny,” said David Michel, Managing Director of Cottonwood Media and its sister company, Federation Kids & Family. “Having a microbiology expert adds a very unique twist in that Squish will be the first slapstick comedy that, on top of entertaining, provides the viewers with knowledge about the world of microbes and amoeba. You can’t say that every day!”

Squish is developed for television by John Derevlany (LEGO: Legend of Chima, Johnny Test, The Angry Beavers). The series is currently in production and set for delivery in fall 2017. 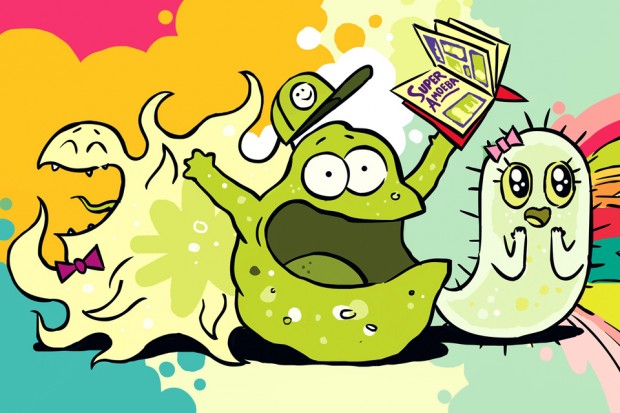