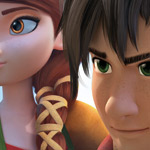 India- and Singapore-based animation production powerhouse Cosmos-Maya has announced its next international co-production project: A spin-off series based on the recently released 3D feature film, Leo da Vinci: Mission Mona Lisa from Italy’s Gruppo Alcuni. The movie recently screened at the Cannes Film Festival and had its Italian premiere in January — it has also opened in Russia CIS and South Korea, and is heading to China next month.

Following this momentum, Italy’s Rai Ragazzi, Gruppo Alcuni and Cosmos-Maya will co-produce the Leo da Vinci children’s TV series (52 x 13’). Aiming to capitalize on the popularity of the movie as well as the national icon of art and science, the toon will air on Rai TV, marking Cosmos-Maya’s second collaboration with Italy’s largest pubcaster.

“We brought in the 3D animation revolution in India with Motu Patlu and with each subsequent show, pushed all the envelopes of quality. Inspector Chingum, our latest

show which is currently on air, has the finest 3D animation quality for an Indian series,” stated Anish Mehta, CEO of Cosmos-Maya. “Now with Leo da Vinci’s global appeal and universal storytelling, we are taking a step forward internationally. The pedigree of a major European production house like Gruppo Alcuni and people’s familiarity with Leonardo da Vinci and his work will enable the series to have a reach of more than 100 countries. This is what attracted us to this project in the first place.”

The animated series will center on Leo, a 15 year old version of Leonardo da Vinci. His curiosity and will to learn enable him to keep inventing new and unique machines, which he uses to have fun with his friends, Lisa and Lorenzo. He also uses these inventions to keep evil at bay … like the villainous Blue Pirate and the henchmen Francis and Cicala.

“Leonardo’s achievements interest adults more than children. He has done such great things that seem incredible to us. However, to the little ones, who carry with them the gift of imagination, they seem almost normal. So we wanted to create something for Leonardo to be accessible to them, and then in our film we added pirates, the flight. We wanted to combine fantasy with genius. With Cosmos-Maya’s proven track record, we are confident that the series will be a success worldwide,” said Sergio Manfio, President & Creative Director of Gruppo Alcuni and Leo’s series director.

Cosmos-Maya is a leading studio in Asia and producer of many of India’s most successful animated series, with 12 ongoing productions including No. 1 ranking Motu Patlu. The company has three European co-pros in the works in addition to Leo: Atchoo with Studio Campedelli and Rai TV (Italy); Captain Cactus, created by Olivier Jean-Marie (France); and an untitled project with Gerhard (Germany). 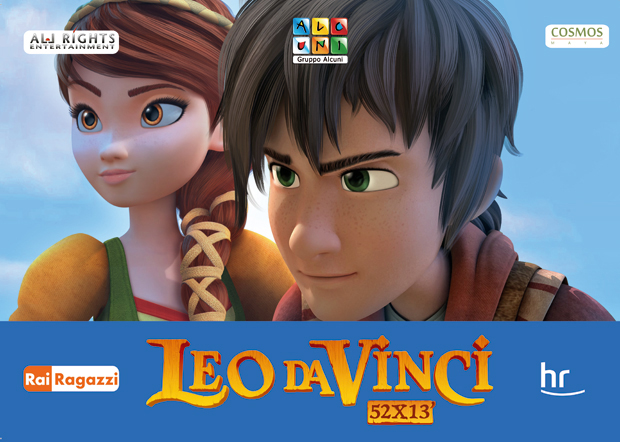