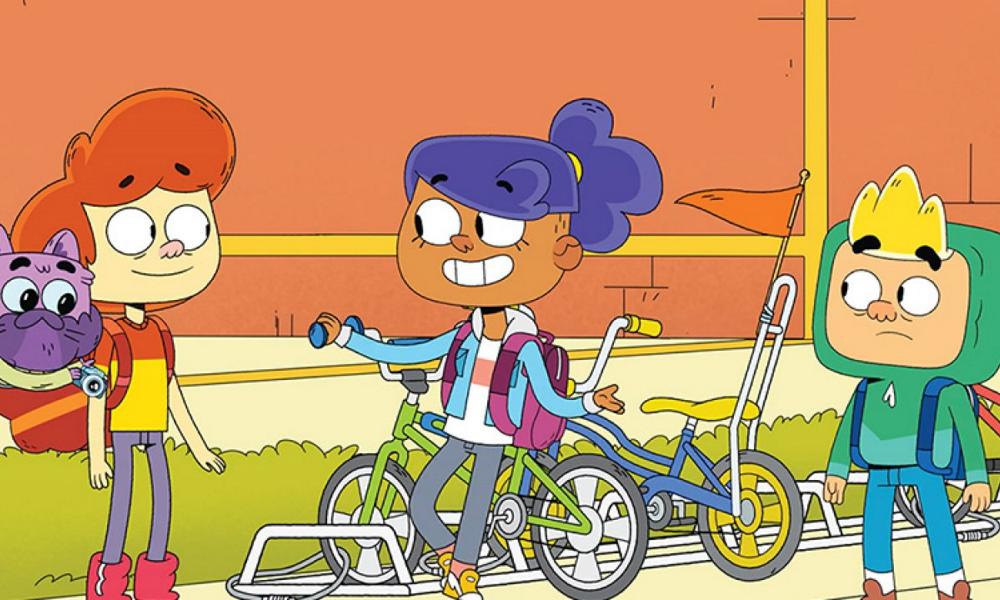 Like a good pile of leaves, Corus Entertainment’s Canadian television channels YTV, TELETOON and Treehouse have bountiful fall schedules worth jumping into. The fun-filled lineups are guaranteed to have something for everyone, including laugh-out-loud kids’ series, educational and entertaining preschool shows, and so many well-known characters and stories that are sure to stir up nostalgia for parents. Animated highlights include:

The wonder-fall schedule kicks off with Nelvana’s new action-packed animated series Ollie’s Pack, premiering Saturday, September 5 at 8 a.m. Ollie’s Pack; follows Ollie and his backpack, which doubles as a powerful portal allowing an array of monsters to travel from the Monsterverse into Ollie’s world on Earth. Ollie and his two best friends must protect the earth from the scary monsters that have escaped, while working with the helpful monsters who assist with their everyday tween problems, like sneaking into a movie or winning their school’s Battle of the Bands contest. No matter the circumstances, Ollie’s thirst for adventure undoubtedly gets him into trouble that only he and his friends can resolve. 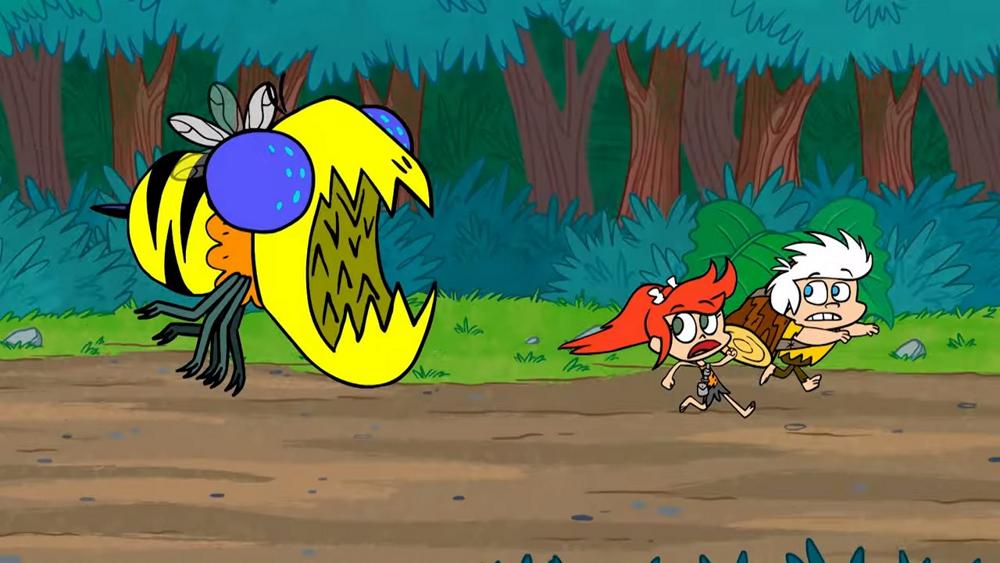 For a rockin’ good time, viewers won’t want to miss Yabba Dabba Dinosaurs premiering Saturday, September 5 and Sunday, September 6 at 9 a.m., with new episodes every weekend at 9 a.m. Pebbles Flintstone and Bamm-Bamm Rubble are best friends growing up in prehistoric times when dinosaurs still walked the earth. They live in the town of Bedrock, a modern stone-age civilization, but whenever they get the chance, Pebbles and Bamm-Bamm head to the open wilderness outside of town known as The Crags, where the environments are as wild and amazing as the countless different dinosaurs that live there. Together, along with the help of their crazy but faithful dinosaur, Dino, and their clinical but endlessly accommodating smart stone app Wicky (a bird), Pebbles and Bamm-Bamm travel around the Crags helping new friends, fighting new enemies and learning about life and friendship through their endless crazy adventures.

The Looney Tunes are back in action! Premiering Sunday, October 11 at 9 a.m., Looney Tunes Cartoons echoes the high production value and process of the original Looney Tunes theatrical shorts, with a cartoonist-driven approach to storytelling. Bugs Bunny, Daffy Duck, Porky Pig and other marquee Looney Tunes characters will be featured in their classic pairings in simple, gag-driven and visually vibrant stories. Each cartoon will vary from one to six minutes in length and, from the premise on through to the jokes, will be “written” and drawn by the cartoonists, allowing their own personality and style to come through in each cartoon.

Scooby-Doo and the gang are back for more hilarious mystery-solving hijinks in Season 2 of Scooby- Doo & Guess Who? premiering Sunday, October 18 at Noon ET. 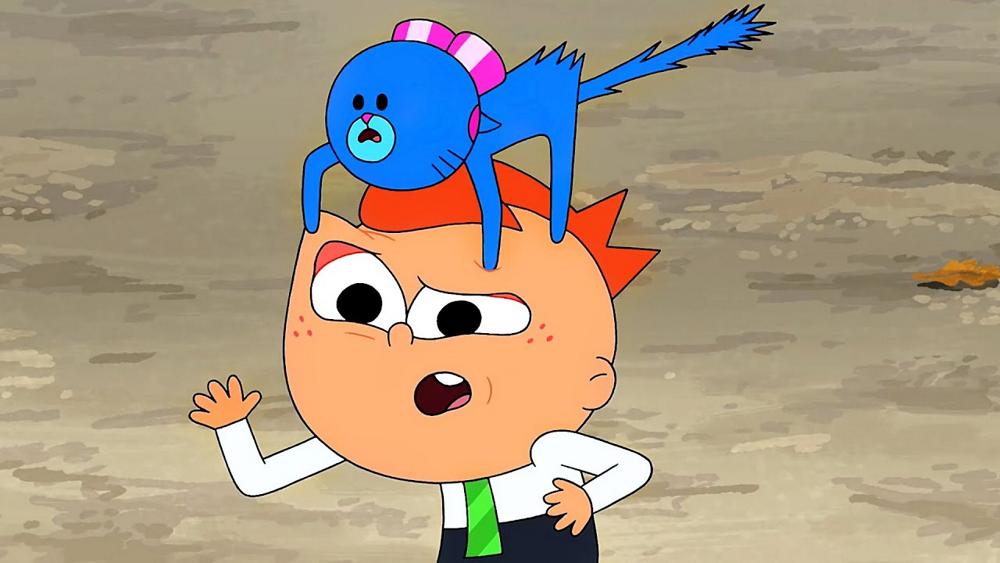 Ready or not, here they come! November will see the premiere of Tig n’ Seek, which follows an upbeat and eccentric eight-year-old boy named Tiggy and his cat, Gweeseek. Tiggy not only works at the Department of Lost and Found, finding lost items all throughout WeeGee City, he lives there too! Though he tries to help his friends whenever he can, his over-eagerness and neurotic quirks often lead to chaos in the Department. Tiggy’s partner and best friend is Gweeseek. She’s a graceful, friendly kitty who appears to be a normal cat, but is also capable of inventing extraordinary gadgets to help her friends in times of need.

Also coming this September, TELETOON fans can get their fill of fresh new seasons and episodes of popular series including:

Treehouse lifts the curtain on the hilarious new animated series The Dog & Pony Show on Saturday, September 5 at 11:15 a.m., with new episodes every weekend at 11:15 a.m. Produced by redknot, a joint venture between Nelvana and Discovery Inc, The Dog & Pony Show follows two very different best friends who leave their magical world of Rainbow Fjörd and move to the not-so-magical big city of UniCity. Between Pony’s outrageous ideas and Dog’s fascination with the everyday, things never quite go as planned, igniting chaotic adventures for them and their friends!

Bedtime just got a whole lot more fun with The Not-Too-Late Show with Elmo premiering Saturday, September 5 and Sunday, September 6 at 6:30 p.m., with new episodes every Sunday at 6:30 p.m. A spin-off of Sesame Street, the series stars Elmo as the host of his own late-night talk show. Its main curricular goals are centered around bedtime routines, with each episode helping preschoolers understand a different aspect of getting ready for bedtime. Celebrity guests include Jimmy Fallon, Kacey Musgraves, Jonas Brothers, Lil Nas X and Blake Lively. 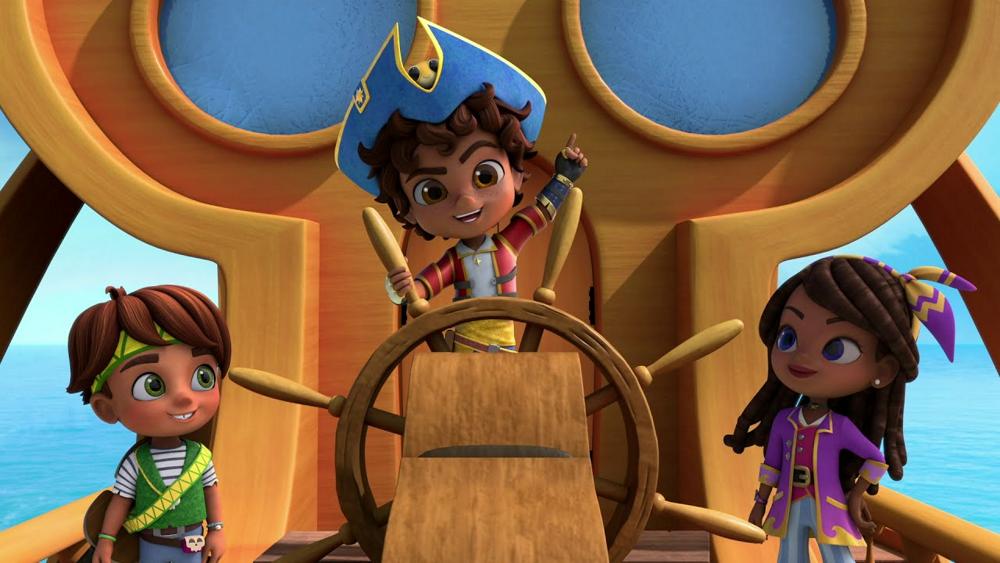 Preschoolers will set sail for swashbuckling adventures in the brand new animated series Santiago of the Seas, premiering Sunday, November 8 at 7:30 a.m. Infused with a Spanish-language and Latino-Caribbean culture curriculum, the action-adventure series follows eight-year-old Santiago “Santi” Montes, a brave and kind-hearted pirate, as he embarks on daring rescues, searches for treasures and keeps the high seas safe in a fantastical Caribbean world.

This fall will also see new seasons of preschooler favorites including: