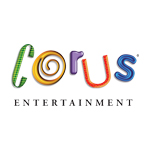 Corus Entertainment and Viacom Int’l Media Networks’ Nickelodeon have broadened their partnership with a new long-term agreement granting Corus exclusive rights to all of Nick’s English and French-language content across existing and emerging digital platforms, as well as linear services, in Canada.

Terms of the new deal will see Corus as the sole distributor and rights holder of Nickelodeon’s content catalog, allowing the Canadian company to exploit these programs across linear and non-linear platforms including OTT, SVOD, electronic sell-through, games and mobile apps.

Canadian audiences have been able to catch Nick shows on Corus’ kids and family networks YTV and Treehouse since 2005, when it signed its first output deal with the U.S. network. In 2009, Corus launched Nickelodeon (Canada), offering a standalone destination for hits like SpongeBob SquarePants, Teenage Mutant Ninja Turtles, Dora and Friends and others.