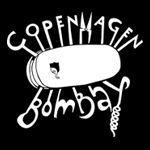 Kiwi & Strit is a non-dialogue TV series for preschool kids, produced by Copenhagen Bombay in co-production with the German broadcaster NDR, Studio Hamburg and Film Väst.

The creative team behind the series is director Esben Toft Jacobsen, writer Jannik Tai Mosholt and composer Nicklas Schmidt, who has previously worked together on the animated feature films The Great Bear and Beyond Beyond.

Kiwi & Strit is supported by Nordisk Film and TV Fund and Creative Europe, and is already scheduled to air at NDR (Germany), DR (Denmark), SVT (Sweden) and YLE (Finland).