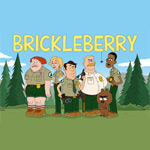 Comedy Central’s new animated series Brickleberry will premiere on Tuesday, Sept. 25 at 10:30 p.m., following the fall premiere of Tosh.0. The show is exec produced by Daniel Tosh and created, written and exec produced by comics Waco O’Guin and Roger Black (MTV’s Stankervision). Co-produced by Fox 21 and Comedy Central and animated by BentoBox in Burbank, the series centers on a group of dysfunctional park rangers at a second tier national park.

The show’s voice talent includes Kaitlin Olson (It’s Always Sunny in Philadelphia) as Ehel, the smoking hot top ranger who is transferred to Brickleberry, Tom Kenny (SpongeBob SquarePants) as Woody, the head ranger who has good intentions, but not always the best ideas, Dave Herman (Futurama) as Steve, the overconfident Ranger of the Month, Jerry Minor (Eastbound & Down) as Denzel, the African American ranger who isn’t comfortable in the woods, Roger Black as Connie, the unusually strong and masculine female ranger, and Tosh as Malloy, the cuddly, yet vulgar and spoiled resident bear. Jim Sharp and Ian Friedman are the execs in charge of production for Comedy Central.

In the premiere episode, “Welcome to Brickleberry,” long-running Ranger of the Month, Steve, feels threatened when a new ranger, Ethel, comes to work at the park to help turn it around. Steve does everything in his power to get her fired, even trying to expose her alcoholic past. Meanwhile, Woody feels that his roommate and pet bear cub Malloy could stand to lose a few pounds and puts him on a strict diet. 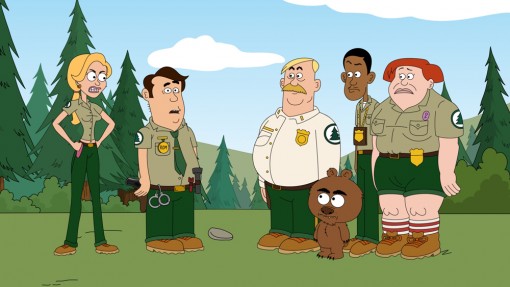