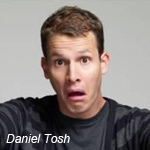 Stand-up comedian and TV host Daniel Tosh (Tosh.0) will exec producer and voice a new animated series for Comedy Central, it was announced today by Kent Alterman, head of original programming and production. CC has ordered 10 episodes of the new show titled Brickleberry, which is about a a group of dysfunctional forest rangers at a national park and is created and written by comedians Waco O’Guin and Roger Black. The show will commence production this fall and is slated to premiere in early 2012.

Co-produced by Fox 21 and Comedy Central, is based on a group of dysfunctional forest rangers at a national park that is facing closure until a new ranger comes in to whip everyone into shape and save the park. Jim Sharp is the exec in charge of production for Comedy Central. Tosh’s comedy show, which pokes fun at Internet memes and videos has been a huge ratings grabber for the cable station since its debut in 2009. 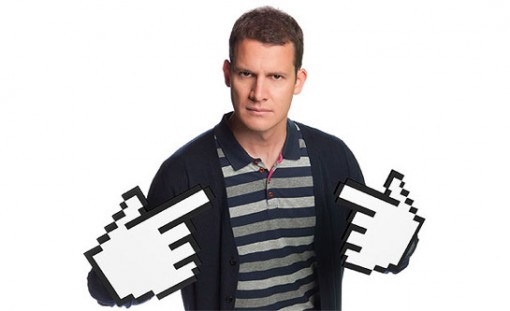 “Daniel Tosh pointed a gun at our heads and asked if we would put this series on the air, and we agreed that would be a good idea,” said Alterman. “It’s a bonus that it’s so funny.”

“This is going to be on TV?” asked Tosh. “I thought this was a comic strip?”

“This is a dream come true for us,” said O’Guin on meeting Tosh. “He’s gorgeous.”

“Getting a show on Comedy Central is cool too,” added Black.

Comedians O’Guin and Black’s comedy careers began in college when they created the underground sketch comedy show, The DAMN! Show, later picked up by MTV and repackaged as Stankervision which aired on MTV2 in 2005. The inspiration for Brickleberry was O’Guin’s father-in-law who is a former park ranger. According to the press release, Black attempted to poke fun at him at O’Guin’s wedding and he dislocated two of his fingers!