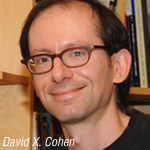 Since the new season of Futurama will kick off with two new episodes on Thursday, June 23, on Comedy Central, we thought it would be a good idea to catch up with the show’s brilliant exec producer and co-creator David X. Cohen to get the lowdown on what’s in store on the new season — dubbed Season 6-B — of the awesome sci-fi animated show.

Animag Online: The last time we chatted with you, Futurama was just about to premiere on Comedy Central and fans were very excited above the return of the show after its departure from Fox. What’s been happening since last summer?

David X. Cohen:  Things have been going very well for us. Comedy Central was very pleased with how viewers have responded to the show and ordered 26 more episodes [Seasons 7a and 7b]. Standards are different on Comedy Central. Our audience came from Fox network where our ratings were mediocre. Our season premiere had excellent ratings [It led Comedy Central to it best Thursday prime ever among young men and average about 2.5 million viewers each week.] 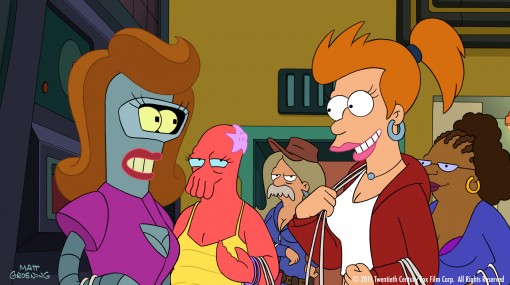 Animag Online: Which episodes were the most popular ones last season?

Cohen: The fans seemed to like the same ones that we did. We had an episode titled “The Late Philip J. Fry” which was a huge science-fiction epic and we are submitting it for the Emmys. In the episode, Fry is trying to make it on time to a birthday dinner date for Leela, but he’s sidetracked by Professor Farnsworth’s time machine, which only goes forward into the future, so he keeps having to go forward to the future until a backwards time machine is invented. The episode appealed to both sci-fi fans and romance fans because it had a good emotional story behind it as well.

Another favorite was “Lethal Inspection,” which teamed up Bender with Hermes — Bender had this fatal manufacturing defect and Hermes had to help him search through Central Bureaucracy to find out how he developed this defect and takes them to Bender’s birthplace in a factory in Mexico. It had a touching ending, which people didn’t see coming. We have 13 new episodes coming this summer, then 26 more are planned for season 7, which will be split between the summer of 2012 and 2013. 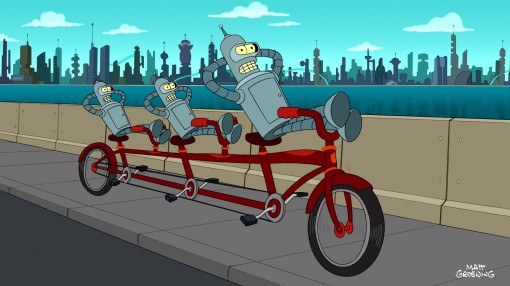 Animag Online: OK, so please tell us about what has been planned for this summer.

Cohen: Our big season premiere on June 23 is a double-decker. We start off with “Neutopia,” (which is a combination of the words “neutered” and “utopia”), our crew crash-lands on an unknown world, where they meet a strange creature that is unfamiliar with the concept of gender. It leads to the alien modifying the genders of our crew members, giving us amazing re-gendered versions of them! The second episode is titled “Benderama,” in which Bender gains the ability to self-reproduce, creating a new generation of Benders, each one smaller than the previous ones … and they need to consume all the matter on Earth to make more Benders. Meanwhile, everyone also has to contend with a repulsive alien called Unattractive Giant Monster, which is voiced by Patton Oswalt. 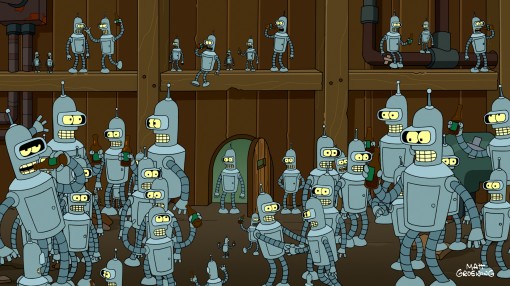 Animag Online: Do you have any favorites in this season?

Cohen: Yes, there are several that I really enjoy. We have the Robot Mafia returning in an episode in which Bender has to testify against the Mafia and enter the witness re-location program. We also have some more experimental animation on tap in an episode called “Law and Oracle,” in which Fry joins the future police force to ward off crime before it happens. It’s our homage to films like Minority Report and Tron — the animators at Rough Draft created a fantastic Tron-like sequence, which offers a gridline version of Futurama.

I also have to mention our season finale this year, which is scheduled for the beginning of September.  It’s called “Reincarnation” and asks the question what if our show was reincarnated in different animation styles. So the first one is a classic black-and-white cartoon, then we have Futurama as an early ’90s video-game pixilation animation, and the third section is done in Japanese anime style. We will screen the anime portion at Comic-Con this year. Our supervising director, Peter Avanznio, did an amazing job of redesigning our whole world in three distinctive styles for just one episode. We even used jazz for the black-and-white section, licensed actual videogame music and anime scores for the episode. 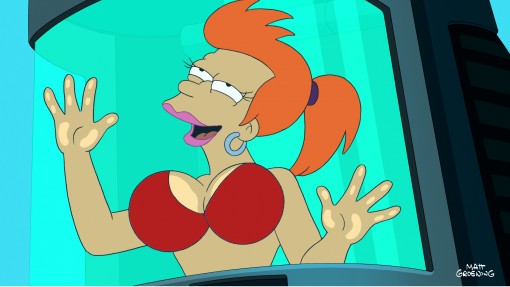 Animag Online: What has the reaction been to the move to Comedy Central and the new episodes?

Cohen: I was very pleased with the feedback. To be honest, in the beginning we were very nervous because we didn’t know whether it would be the classic Futurama that fans expected the show to be … but we were very happy when they were won over last summer. Our writing staff is basically the same people who were involved during the Fox TV days and the DVD movies. There was no reason that the tone would change because we had the same writers and the same vocal cast. It’s the same show that people love and know — but there will be more information about the future that will shock everyone!

Animag Online: Tell us about some of the cool guest stars you have lined up for this season.

Cohen: Well, Dan Castellaneta returns as the Robot Devil for an episode where Bender dies but his software keeps haunting the Planet Express, and he has to make a deal with the devil. The second man on the moon, Buzz Aldrin will be guest starring as himself. That was a very exciting moment for all of us. Here is this legend … this man who walked on a different planetary body. The guy is over 80 and he can beat me into a pulp with his bare hands. He was very enthusiastic, patient and generous about taking pictures with everyone. Stephen Hawking is also back for his third appearance on the show in the video game-style segment of the finale.

Futurama is also doing very well on Facebook. I believe it has developed a huge fan base online.

Cohen: Yes, Futurama has over 14 million fans on Facebook right now [Last summer it only had a million fans.] It’s one of the top TV show sites on Facebook. Our fans are very good at social media, so it works in our favor. We keep doing our job, writing and producing the show and Comedy Central has been great about promoting it online.

What are the chances of seeing a Futurama theatrical release anytime soon?

Cohen: Well, the show is succeeding right now, so we’ll have to wait for the show to be over for that. We need to be unemployed enough to be able to start planning a movie. When the show comes to its end, we’ll be happy to do that. However, I have to say that the quality of the show’s animation in HD is good enough for it to be seen on a big screen. When we had the first DVD of the show coming out, we had a special screening at the Cinerama Dome, and the quality of the animation was really pretty cool, although it was meant for TV!

The new season of Futurama will debut on Comedy Central on June 23 at 10 p.m. You can view exclusive clips and favorite episodes handpicked by Cohen and company at www.comedycentral.com/shows/futurama/

Here’s a fan-made montage of all the openings from the first four seasons of Futurama!