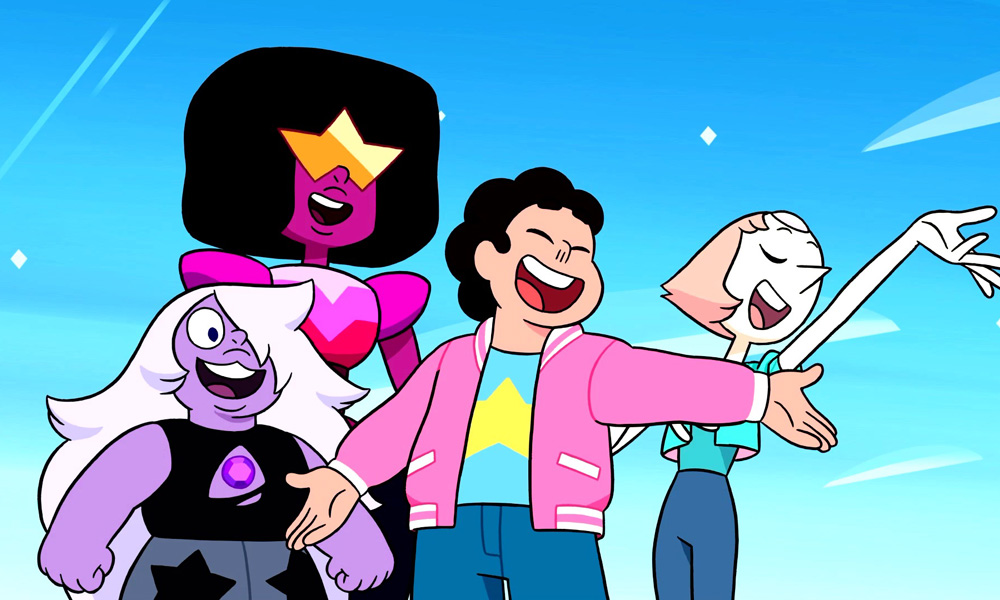 Rebecca Sugar’s Emmy-nominated series will debut its musical masterpiece Steven Universe The Movie commercial-free on Monday, Sept. 2 at 6 p.m. (ET/PT). On of Cartoon Network’s many animated highlights for September, the movie shows Steven and the Gems are finally ready to settle down — but when an unknown enemy threatens to ruin everything, it’s time for Steven and the Gems to face their biggest challenge yet. 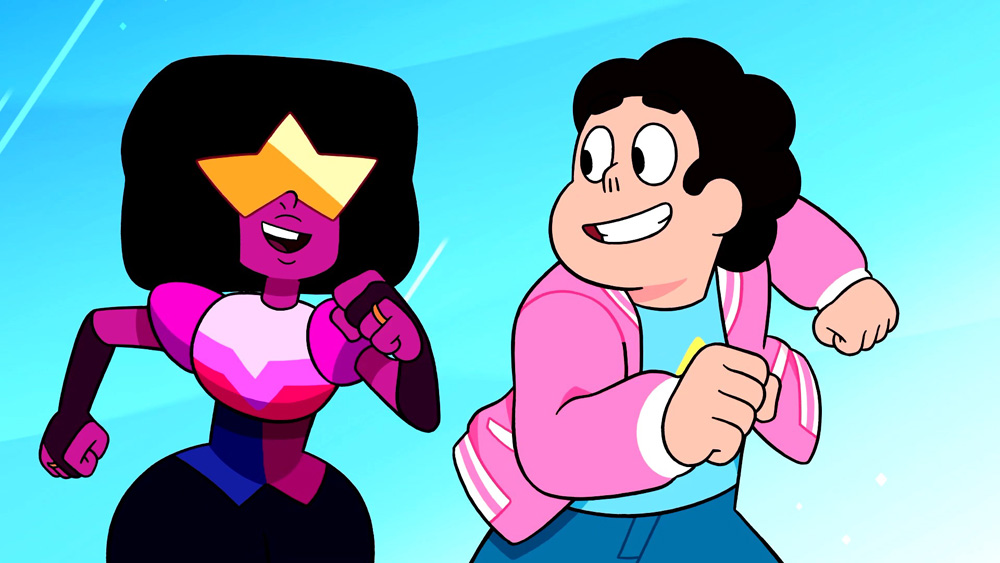 6 p.m. Steven Universe The Movie After so many harrowing adventures, Steven and the Gems are ready to celebrate how far they’ve come with a movie musical! Little do they know they’re about to face their worst enemy yet.

7 p.m. (ET/PT) OK K.O.! Let’s Be Heroes “Dendy’s Video Channel” Dendy tries to update KO’s Video Channel for him, but has trouble finding something to post.

“Let’s Fight to the End” When a fighting tournament is announced at the Plaza, there is more at stake than meets the eye.

“Thank You for Watching the Show” When KO finds moments of his life slipping by, he begins to suspect something weird is going on.

6:30 a.m. Transformers Cyberverse “Sea of Tranquility” To save the Earth from destruction, the Autobots must defeat the Decepticons on the Moon.

“Legend of Torbaclaun” When the Sweetypies think the mythical Torbaclaun has come to Pure Heart Valley, Mao Mao tries to prove to them that it isn’t real.

“Meet Tanya Keys” When bounty hunter Tanya Keys comes to town for Badgerclops, it’s up to Mao Mao and Adorabat to save their friend – even if he’s been on the wrong side of the law.

“Weapon of Choice” Worried that his sword is a glorified consolation prize, Mao Mao sets out to prove the worth of his weapon.

7:30 p.m. (ET/PT) DC Super Hero Girls “DCSuperHeroBoys” What begins as a simple vandalism investigation becomes an all-out turf war when the team encounters a powerful trio of Kryptonians bent on world domination, and, perhaps even worse, a rival team of SUPER HERO BOYS!

7 a.m. (ET/PT) Bakugan: Battle Planet “Seek and Hide/Family First” Sent to investigate a Japanese island by Benton Dusk, the AO discover a hidden facility conducting experiments that affect The Hide. Then, trapped by his father, Shun is forced to battle his own friends.

6:30 a.m. Transformers Cyberverse “Bad Moon Rising” Starscream makes a power play for control of the Decepticons as the Moon hurtles toward the Earth.

“Trading Day” When they think each others’ lives are easier, the heroes switch roles.

7 a.m. (ET/PT) Bakugan: Battle Planet “A Door Closes, A Door Opens/Kazami’s Gambit” Shun must stand up to his father and protect his friends before Masato destroys everyone. Then, when Magnus looks to steal the Dimensional Doorway, Shun and Ichiro must make peace with the AO stop the Doorway from destroying them all.

6:30 a.m. Transformers Cyberverse “The Visitor” As one of Wheeljack’s inventions wreaks havoc on The Ark, Bee tries to figure out what he saw on the Moon.

10 a.m. (ET/PT) Mao Mao, Heroes of Pure Heart “Head Chef” Mao Mao faces off with Badgerclops in a competition to determine whether cooking (and being a hero) is an art or a science.

“Orangusnake Begins” Mao Mao goads Orangusnake and the Sky Pirates into becoming truly terrible villains worthy of a legendary hero such as himself.

12 p.m. (ET/PT) Ben 10 “Roundabout” Forever Knight finally assembles his Round Table of young but super-powerful Knights, including Ben?! Forever Knight and a group of super-baddies by his side are close to conquering all of history.

7 a.m. (ET/PT) Bakugan: Battle Planet “A Devil on Your Shoulder/Vestral Visions” Near giving up, Magnus gains new strength and insight on the AO’s mission to find Core Cells that will eventually lead him down a dark hole. Then, Drago’s sickness leads Dan to a revelation that there is an ailing Core Cell. 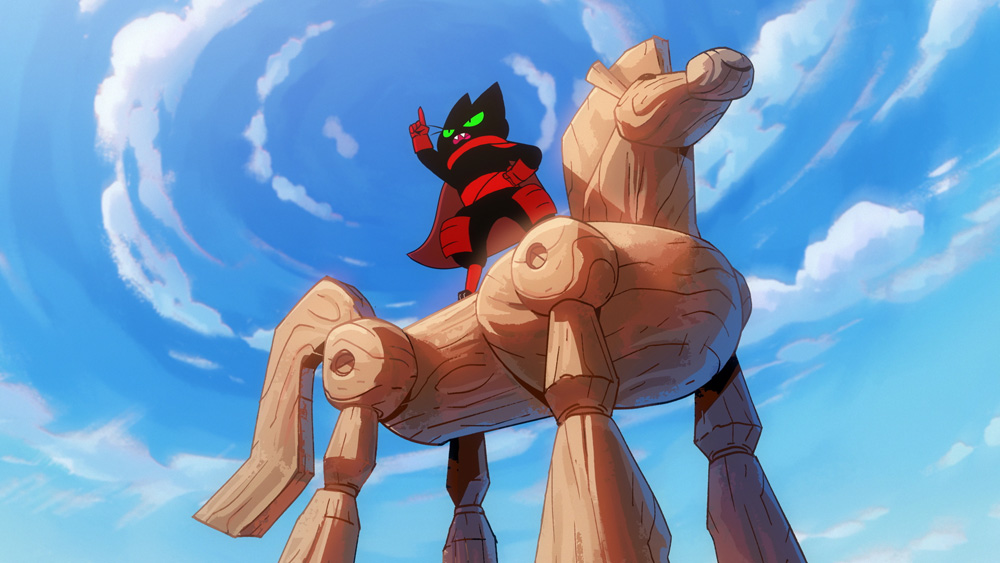 6:30 a.m. Transformers Cyberverse “Bring Me the Spark of Optimus Prime” The Decepticons are thrown into chaos by an unexpected Autobot visitor in their midst.

“Captured Clops” Badgerclops is tired of his responsibilities at Sheriff’s HQ, so he joins the Sky Pirates.

12 p.m. (ET/PT) Ben 10 “Cirque-Us” Ben is the guest of honor at an upcoming Gala, but when the cirque entertainment turns out to be Zombozo, in disguise, Ben must not only defeat the evil clown but his mysterious new sidekick, Pirouette!

12:15 p.m. (ET/PT) Ben 10 “Forever Road” During a drag race, Ben hopes to stay neck and neck with Vin Ethanol and La Grange as XLR8, but when his watch keeps shorting out, our hero must get creative if he is to keep up with his fast and furious foes!

12:30 p.m. (ET/PT) Power Players “Attack of Thermometron 9000” Axel must wrangle Galileo and Bobbie to shut down a rogue thermostat – improperly upgraded by Slobot – as it plunges the house into extreme hot and cold zones.

“The Dynamo Dynamic” Axel finds himself at the center of a disagreement between Sarge and Masko over what’s more important in battle – the weapon or the one who wields it – after Dynamo bonds the trio together!

7 a.m. (ET/PT) Bakugan: Battle Planet “Bakuzoned!/The Golden Secret” Strata’s return is much more than a simple rematch when he’s been infected by a strange ooze. Then, using Strata’s gauntlet, the AO think they’ve found a way through the labyrinth, but soon discover trusting the enemy is not always best. 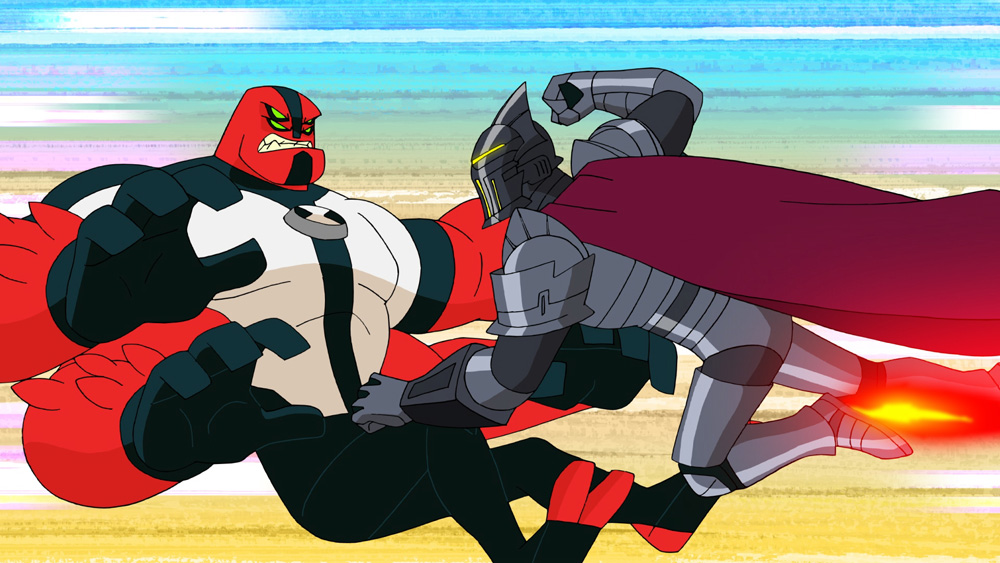