Cartoon Network is taking viewers back to the “Dark Ages” with the global acquisition of CG comedy series My Knight and Me, distributed by international kids’ entertainment specialist CAKE. The series — created by renowned French studio TeamTO and Belgian producer Thuristar — will premiere on Cartoon Network in the US on Monday, January 2 at 4 p.m. ET/PT.

The madcap medieval adventure had a strong debut on CN sister network Boomerang in the UK earlier this year, and will continue to premiere in markets throughout Europe, Middle East, Africa, Latin America and Asia-Pacific throughout 2017. A sneak peek of the episode “The Cat and the Swan” is available in the US on the Emmy-winning Cartoon Network app through December.

The Cartoon Network App is newly available on Apple TV and Fire TV, in addition to iOS, Android and Amazon devices.

My Knight and Me introduces audiences to loyal, street-smart Jimmy the Squire; his best friend, fun and daring Cat the Princess; and his father Henri of Orange, a charmingly inept, but passionately chivalrous knight who might not be the most efficient protector of the realm but he sure is the funniest. Together, this knightly trio set out to make the Dark Ages a little brighter and a whole lot more fun!

A TeamTO/Thuristar production, My Knight and Me was created and directed by Joeri Christiaen and co-produced with Canal+ Family and TéléTOON+ (France), Super RTL (Germany) and VRT-Ketnet and RTBF-Ouftivi (Belgium). 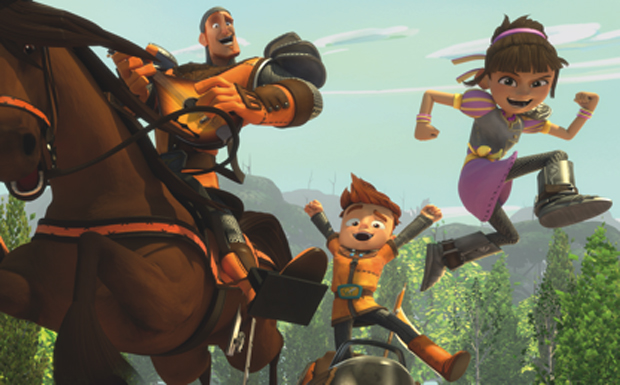