Created by Pete Browngardt, Uncle Grandpa is a show about everyone’s “magical” uncle and grandpa who travels around the world in a mystical RV. His mission is to help people however, wherever, and whenever they need it. Through his child-like and innocent ways, he finds unusual solutions to everyday situations. An eternal optimist, Uncle Grandpa’s glass is always full of something delicious and he’s always ready to greet the day with his signature, “GOOD MORNIN’!” Uncle Grandpa airs on Tuesday nights at 8 p.m. (ET/PT). 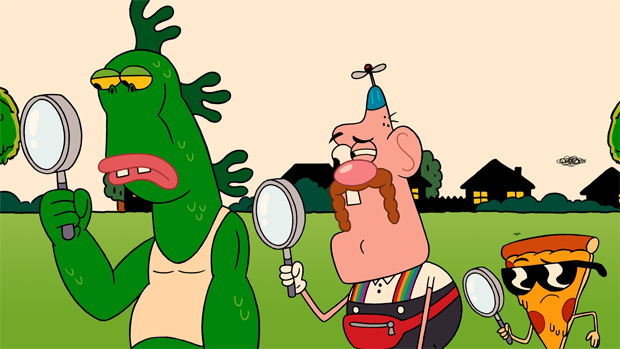 Steven Universe is about the misadventures of a boy named Steven, the ultimate “little brother” to a team of magical guardians of humanity—the Crystal Gems. Steven may not be as powerful or savvy as the Crystal Gems. And he may not have much control over his powers, which originate from the gem in his bellybutton. But that doesn’t stop him from joining Garnet, Amethyst and Pearl on their magical adventures and somehow finding a way to save the day! Steven Universe is created by Emmy and Annie Award-nominated writer and storyboard artist Rebecca Sugar (Adventure Time). Ian Jones-Quartey (The Venture Bros., Adventure Time) serves as supervising director. Steven Universe airs as part of Cartoon Network’s Monday night comedy line-up at 8 p.m. (ET/PT). 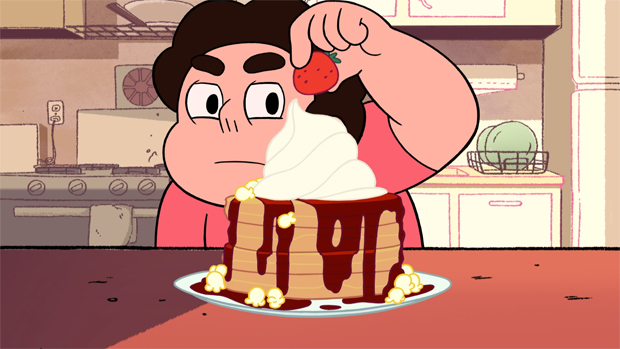