If you think your relatives are royal pains, be sure to tune in to Cartoon Network Studios’ new original miniseries Long Live the Royals, which arrives just in time for the holidays on Monday, November 30 at 7:45 p.m. ET/PT. The four-night programming event is created by Sean Szeles (supervising producer, Regular Show) and based on his Emmy-winning short.

The second original miniseries to come out of Cartoon Network Studios’ Artists Program, Long Live the Royals is a ridiculously regal sitcom about a modern royal family living in an old-fashioned world. Typical family dynamics occur side by side with critical matters of State, and cutting edge technology must be balanced with medieval traditions. All this while they endure the week-long Yule Hare Festival — an annual celebration of delicious food, exciting frights, singing forest men and plenty of laughter. 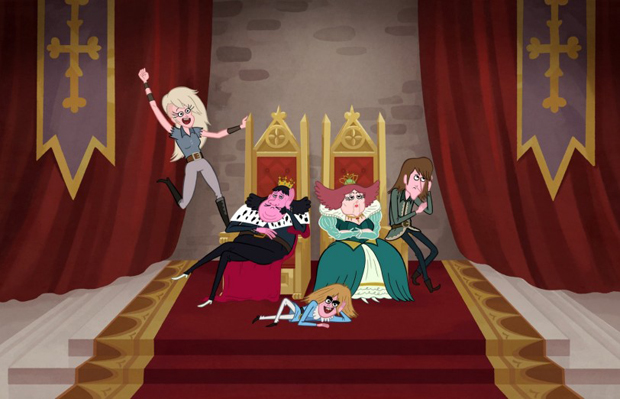