Created by Emmy and Annie-nominated Adventure Time artist Rebecca Sugar, Steven Universe has won wide praise from fans and critics for its deeply realized characters, expanding storylines, lush animation and charming original music. Named as one of WIRED’s 15 Best Shows of 2015, the series follows three magical defenders of the planet known as the Crystal Gems, and … Steven, their proverbial “little brother” who is still learning the ropes. The third season continues with the “Summer of Steven,” featuring new episode premieres through June and August.

Created by Peter Browngardt, Emmy Award winner Uncle Grandpa continues to delight audiences as it follows the adventures of Uncle Grandpa who is out to help every child and adult in the world through the power of imagination. With his mystical R.V. and eternal optimism, Uncle Grandpa is always ready to greet the day—and everyone he meets—with his signature, “GOOD MORNIN’. Starting this April, everyone’s favorite uncle and grandpa will begin hosting Cartoon Network’s “Good Mornings with Uncle Grandpa” Saturday block. 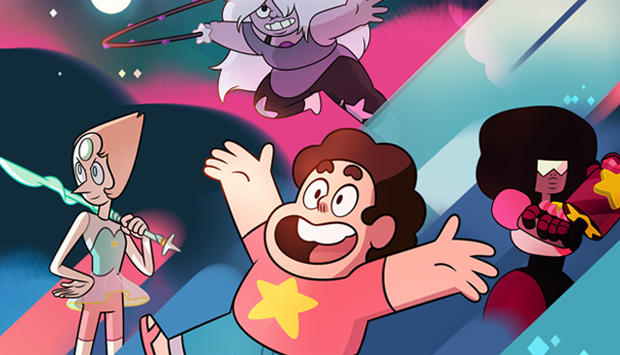