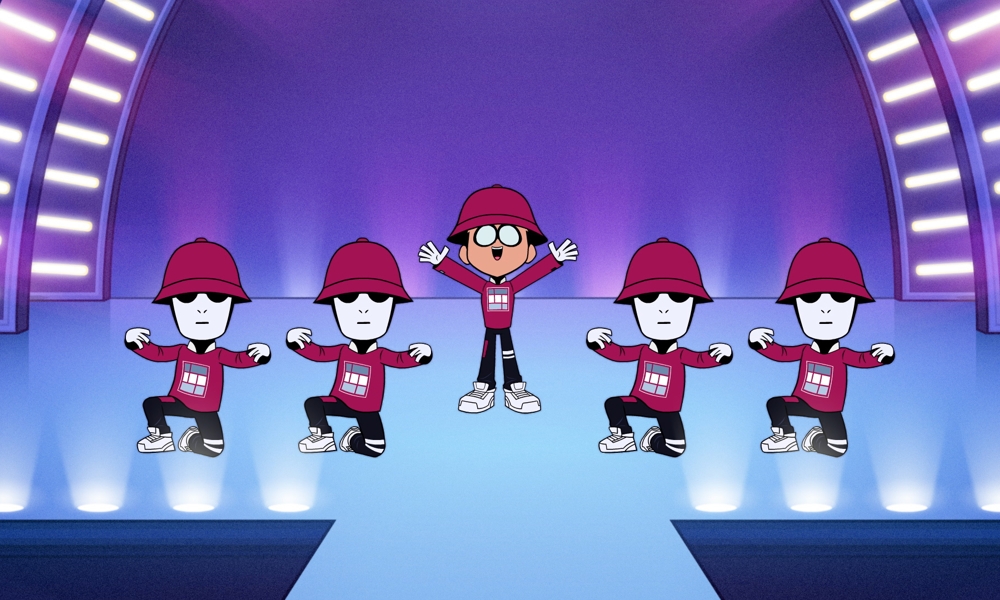 Start the New Year off with a bang as Cartoon Network celebrates the monumental 300th episode of Teen Titans Go! with the premiere of “Justice League’s Next Top Talent Idol Star: Dance Crew Edition” Friday, Jan. 8 at 6 p.m. ET/PT.

It’s time for another Justice League talent competition! This time, the top dance crews from across the DC universe will battle on stage with their super-powered moves. Left without a crew, Robin uses Raven’s spellbook to conjure up a dance crew powerful enough to help him take out the competition. Featuring a special appearance from world-famous dance crew, The Jabbawockeez, the stage is set for one of the Titans’ most epic showdowns.

Leading up to the premiere, catch up on Teen Titans Go! all week beginning Monday, Jan. 4 through Thursday, Jan. 7 from 6-8 p.m. ET/PT.

Be sure to stay tuned-in as Craig of the Creek returns from the holiday break with a half-hour special premiering Monday, Jan. 18 at 10 a.m. ET/PT. Join Craig as he heads back to the creek only to discover that he is about to embark on his biggest adventure yet while going head to head with something dangerous lurking in the snow.

Plus, stick around for all-new episodes of Total Dramarama and more. 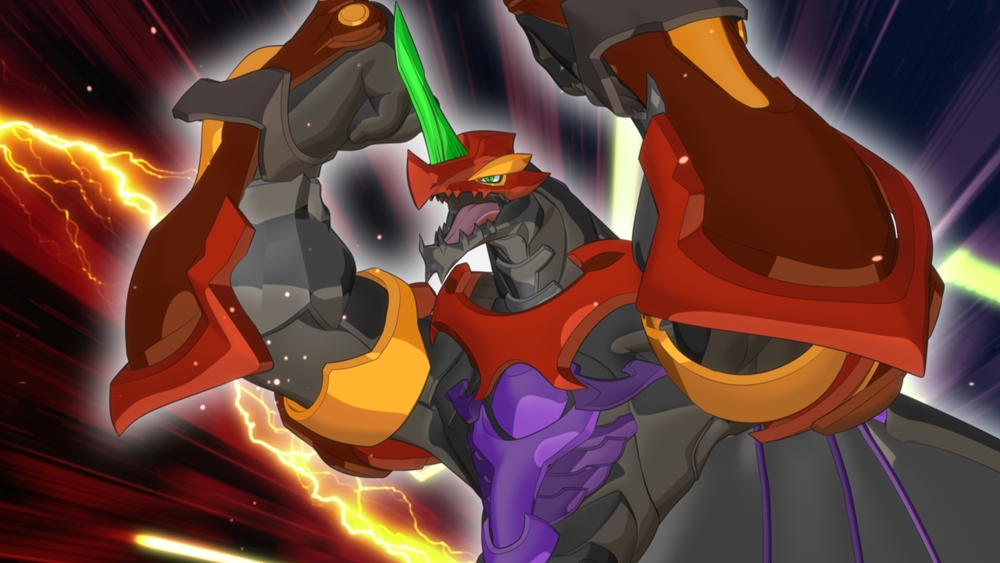 6:30 a.m. ET/PT Bakugan “Who’s the Fake?!/Trouble Busters! 2” – With the reveal that Haavik is a shapeshifting Alien, the ABs start to get super-paranoid, realizing that ANYONE could be Haavik in disguise. The suspicion quickly turns inward, and the ABs are left wondering if they have an imposter among them! / A kid brawler named Oliver has lost his Bakugan! This seems like a job for the Trouble Busters. The Awesome Brawlers help him chase down and try to catch the elusive Bakugan, who leads them on a wild goose chase through Los Volmos.

6:30 a.m. ET/PT Bakugan “Bakugan Battle Circus/Ebony Manor” – Shun and Dan head to the Bakugan circus for a little fun, but the fun is interrupted when the star Bakugan are too exhausted to perform. Shun and Dan know the show must go on, and step in to lend a hand. Things go as planned until the evil Ringleader attempts to bring down the big top performance. / Lightning reunites with an old frenemy – Ebony. This time the kitty queen of the streets has a new home and is living a life of luxury with her new master.

6:30 a.m. ET/PT Bakugan “Everett’s Trap/Kazami vs. Mc Q” – Shun and Masato head to Tokyo’s Battle Island to discuss plans for hosting public Bakugan battles. Upon landing, they quickly learn it’s a set up! The two are now stranded and faced with heaps of brawlers, who are all looking to bring them down! / Shun and Masato manage to fend off a horde of brawlers on Battle Island, but they quickly learn that was only a diversion- One of Kazami’s research centers is under siege. The two must find a way off the island and head off to defend the research center. 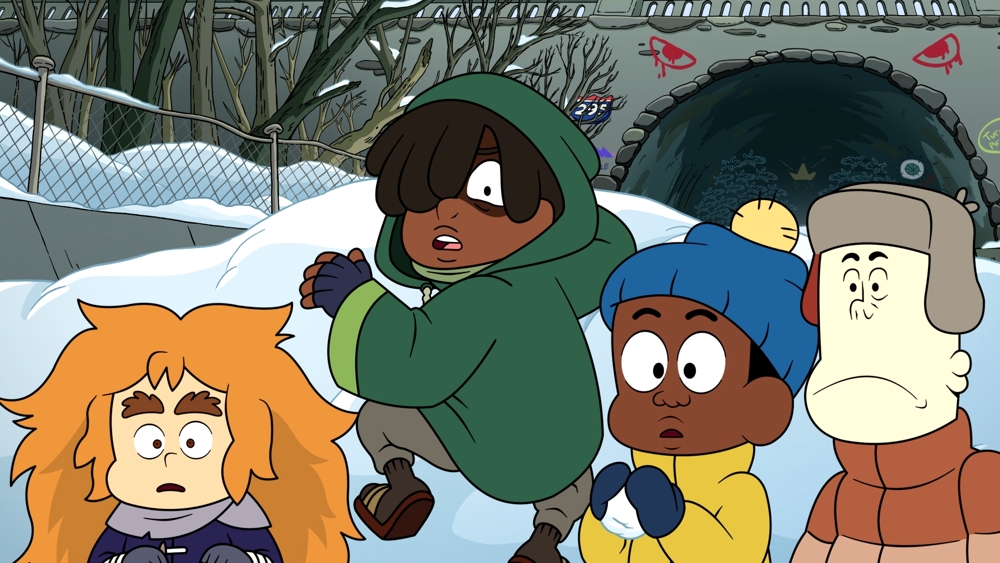 10 a.m. ET/PT Craig of the Creek “Winter Break” – Craig returns to the Creek after the long Winter Break only to find an empty wasteland and danger lurking in the snow.

9 a.m. ET/PT Teen Titans Go! “Lucky Stars” – Raven explains astrology to the Titans and tells their horoscopes, but Cyborg does not believe.

“Various Modes of Transportation” – With the other Titans away, Cyborg is forced to take a road trip with Robin.

9:30 a.m. ET/PT Total Dramarama “Snack to the Future” – Owen wants his favorite treat, ‘Jiggle Giggle’, so bad that he’s willing to use a time machine to get to snacktime quicker. But when he ends up stuck in the past, Owen must decide between getting home and getting fed.

“The Gold and the Stickerful” – Courtney becomes infatuated with a new gold sticker incentive program that Chef introduces to the class.

6:30 a.m. ET/PT Bakugan “The Awesome Burger Brawl/Master and Apprentice” – The Burger Joint is hosting a hamburger eating contest to promote their new Bakugan themed burger! The contest gets underway without a hitch, that is until Sophie and the Bakugan Preservation Society crash the event with a bakugan brawl! / A wealthy man, Mr. Gold, has duped Storm and Ajit, and trapped them in his personal prison. But no prison can hold the cunning phantom thief Storm and his former apprentice, Ajit for long. 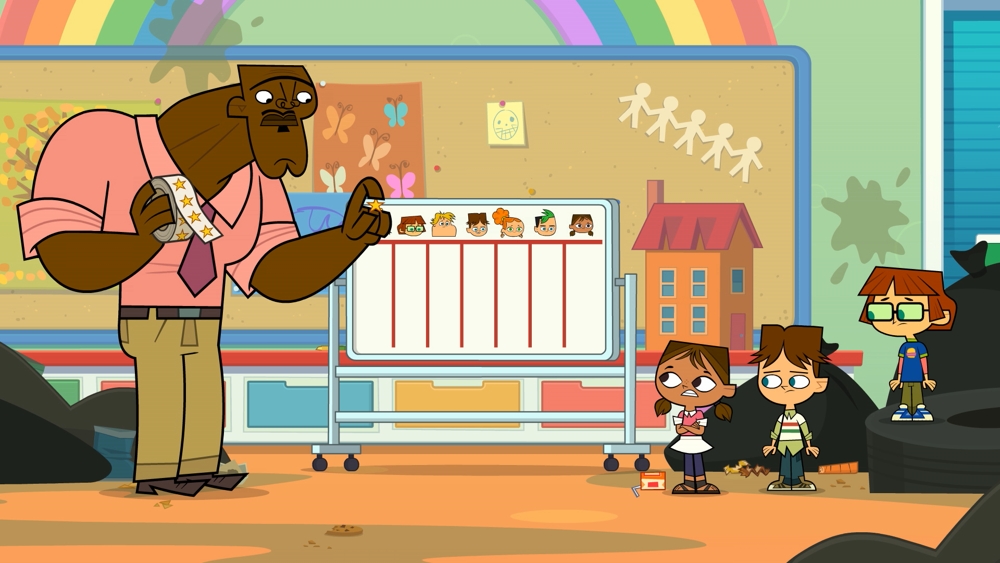 9:30 a.m. ET/PT Total Dramarama “Bad Seed” – Chef introduces the kids to agriculture by teaching them how to grow plants from seeds. But when Izzy shows her seed too much love, it turns into a monster that terrorizes the class.

6:30 a.m. ET/PT Bakugan “Bakugan Uproar/The Fusion Bakugan Sabrus” – While the Awesome Brawler’s Bakugan squabble about what to watch on TV at Studio D, Haavik unleashes his newly created five-faction fusion Bakugan: Sabrus on the city of Los Volmos. / The Awesome Brawler’s are in pursuit of Haavik and his new Bakugan, Sabrus but all they can find is the trail of destruction that Sabrus has left behind. They need to figure out where Haavik and his Bakugan will strike next and put an end to his rampage.