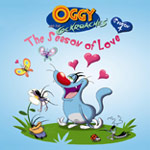 Cartoon Network Asia Pacific and French animation studio Xilam (Zig and Sharko, The Daltons) have teamed up to produce the fourth season of the animated comedy series Oggy and the Cockroaches.

First launched in 1999, the series is fast becoming a popular phenom in Asia Pacific. The new season of Oggy and the Cockroaches will comprise 26 half-hour episodes of fast, crazy and hilarious adventures, but this time with a brand new twist: Oggy is in love! For the first time ever, Oggy falls head over heels for newcomer Olivia, his pretty next door neighbour, while pesky roaches, Joey, Marky and Dee Dee do their best to wreak havoc on his home.

In addition to the new episodes, the order will also include some special episodes that will take Oggy and his roach pals out of their regular episode format to feature them in new environments and situations. Xilam and Cartoon Network are working on a unique Indian-inspired special that will please the fan base in this territory.

Marc du Pontavice, Xilam Animation’s chairman and CEO said, “Oggy’s worldwide success continues and we are delighted to announce that Cartoon Network is committed to being Oggy’s Asia-Pacific broadcaster, as well as one of the major production partners for the brand new season. We believe that Cartoon Network will lead this unique animation property in its quest to gain the hearts of kids throughout the region.” 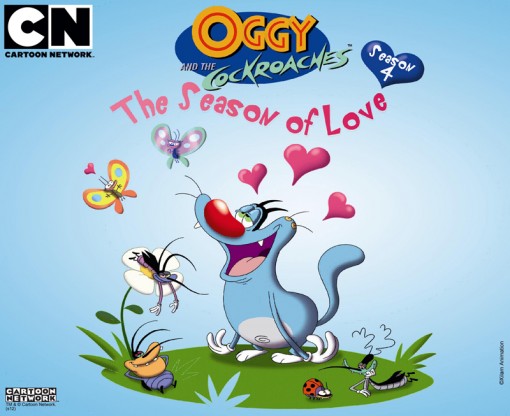 Layla Lewis, director of programming, acquisitions & development at Turner Broadcasting System Asia Pacific, added, “Oggy and the Cockroaches has a winning comedy formula that has made it hugely popular with kids in the Asia Pacific region. We’re thrilled to partner with Xilam Animation and to invest in the latest series, ensuring that Oggy and the Cockroaches becomes part of a formidable comedy line up on Cartoon Network Asia Pacific this year.”