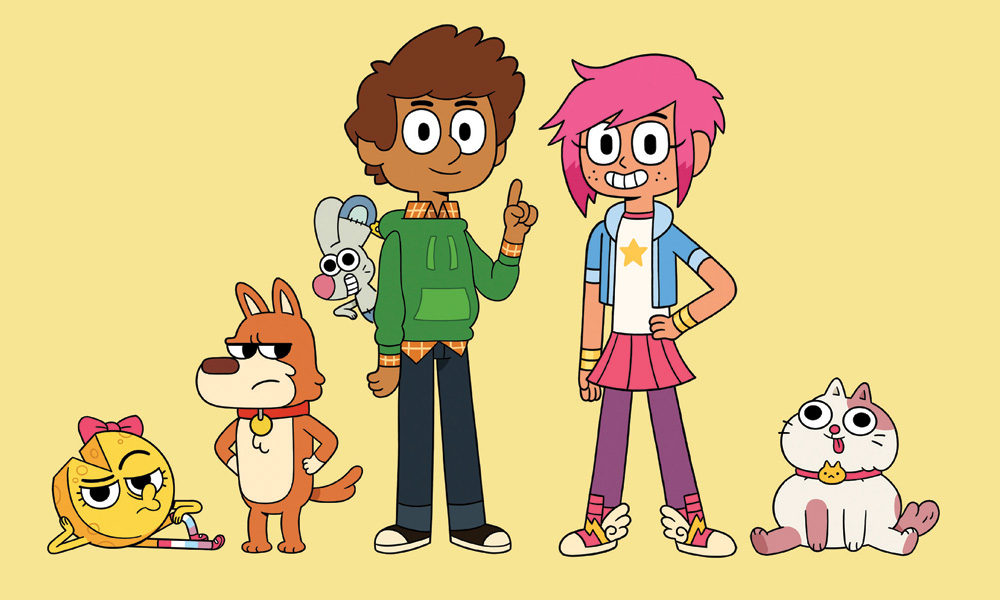 Cloudco Entertainment, Watch Next Media and Kavaleer Productions announce a new animated kids’ sitcom, Boy Girl Dog Cat Mouse Cheese – which has been ordered by the BBC for CBBC in the U.K., commissioned by the French television network Gulli, and pre-bought by RTÉ with additional funding secured from the Irish Film board. This is the first time CBBC and Gulli have collaborated on a children’s animated coproduction.

Produced by Watch Next Media and Kavaleer’s studios in France and Ireland, Boy Girl Dog Cat Mouse Cheese (BGDCMC) is aimed at kids 6-12 and set to debut from 2019. The series can best be described as the blended family of Brady Bunch meets the lovable dysfunction of Modern Family. The dad’s “sons” are a boy, a dog and a mouse. The mom’s “daughters” are a girl, a cat and an anthropomorphic piece of cheese. Though greatly different (and weird to outsiders), this new family learns to love each other and live together under one roof.

“This is a stand out comedy that made us cry with laughter from the moment we were pitched the concept! We can’t wait to introduce it to our audience,” said Jackie Edwards Head of Acquisitions, BBC Children’s.

“When Watch Next Media introduced us to this project, we were immediately taken with the off-the-wall humor of this original program,” said Caroline Cochaux, Managing Director, Lagardère Active TV France & International & CEO of Gulli. “It is great comedy! Beyond a shadow of a doubt, with this hilarious step-family, we will gather young and old alike. And past the comedy, as youth’s French leader, it’s very important for Gulli to show that a family is first and foremost people that love each other, regardless of the origins, differences or particularities of each family member.”

Overseeing the writing team is story editor Tom Krajewski, who was most recently story editor on Cloudco’s series Buddy Thunderstruck and whose credits include Be Cool, Scooby Doo! and New Looney Tunes.