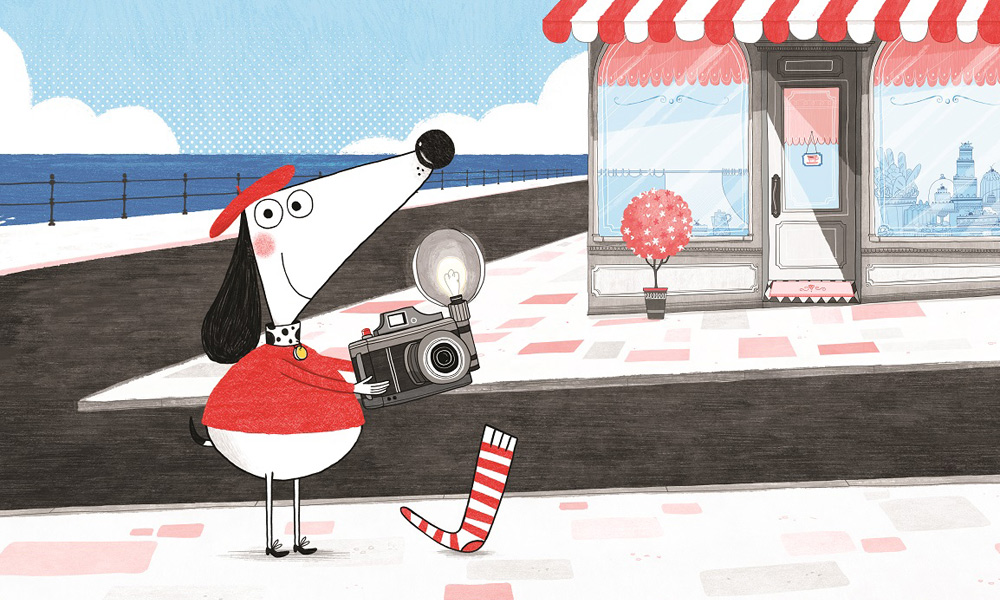 Global TV distributor Cloudco Entertainment (formerly known as American Greetings Entertainment) and Emmy-nominated and BAFTA-winning studio Sixteen South announce another prestigious TV sale for Claude. France Télévisions has acquired the 50 x 12’ episodes and 11 x 2’ series of shorts. The shorts, beautifully produced mini episodes, have been created to extend the reach of the show across different platforms where children are engaged.

“This is an incredibly charming series with a lot of heart which will have strong appeal to French children,” said Claire Heinrich, Head of Acquisitions, Children and Youth Department, France Télévisions.

Based on the hugely successful series of books by Alex T. Smith, Claude is a unique, charming and funny animated preschool series with an extraordinary and lovable doggy hero. Claude lives with his owners, Mr. and Mrs. Shinyshoes. After they’ve left for work, he heads out with Sir Bobblysock in search of adventure. Enthusiastic and eager, Claude’s ever-helpful nature leads him into all kinds of scrapes as he never likes to say “no” to anyone, but his resourcefulness and resilience somehow manage to turn major blunders into great triumphs – helped by his ability to pull just about anything out from underneath his beret! When Mr. and Mrs. Shinyshoes return home, they find some weird and wonderful new objects in the house – but surely Claude can’t know anything about them, he’s been sound asleep all day…

Karen Vermeulen, Head of Global Distribution and Co-production Cloudco Entertainment, said, “We are thrilled for both France Télévisions and Sixteen South that Claude has found a new home, that will further increase the canny canine’s growing fanbase.”

The France Télévisions sale follows a raft of recent global acquisitions. In the U.K., Claude is set to launch on ITV’s new pre-school block, ITVBe, in the third quarter of 2019, while sales have also been completed with YLE in Finland, YoYo in Taiwan, CJ E&M Media Corporation for GEM in South Korea, TVB in Hong Kong and Cineplex Company for True Visions in Thailand. The series has also been licensed to UYoung to distribute the series in China.

Cloudco Ent. (www.cloudcoentertainment.com) is creator and producer of Care Bears, Tinpo, Holly Hobbie and Buddy Thunderstruck — the 2018 Emmy-nominated stop-motion series and Emmy nominated and BAFTA winning studio. Sixteen South (https://sixteensouth.tv) is the creator of WildWoods and Lily’s Driftwood Bay, and producer of Pinkalicious and Peterrific.