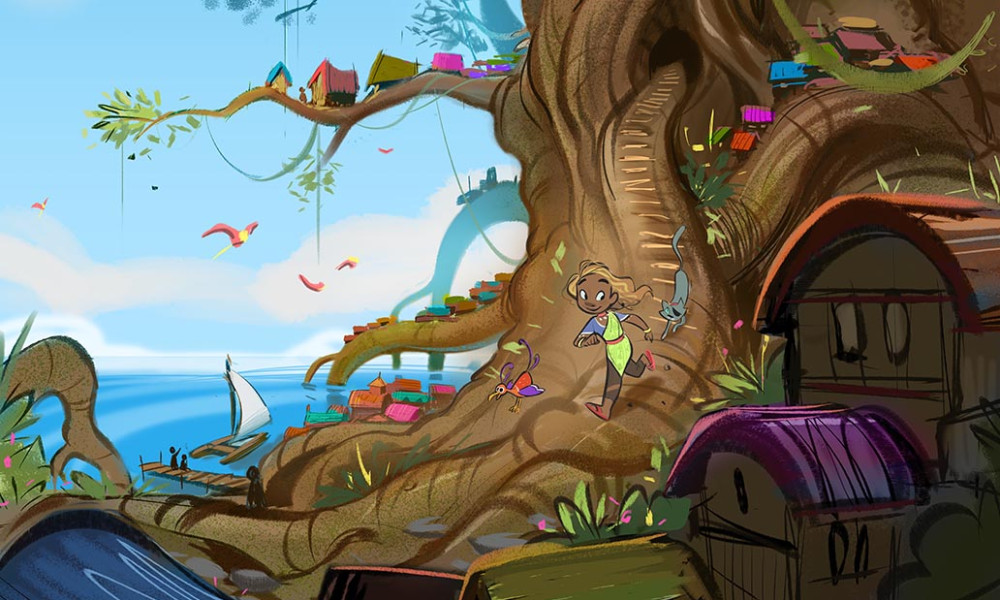 Continuing Cloth Cat’s research and development into the next generation of game engine rendering, the Cardiff-based company has received an Epic MegaGrant from Epic Games. This follows the successful completion of Cloth Cat’s project with local media production support organization Clwstwr, which looked into the challenges and solutions for using Epic’s Unreal Engine for real-time rendering and animation production. The MegaGrant will be used to develop a new project, Tamara’s Family Tree, which will be both a video game and animation series.

Cloth Cat plans to utilize the latest versions of Epic’s technology, including the recently announced Unreal Engine 5, alongside the upcoming Blender 3 to create a pipeline that will enable real-time ray tracing, smooth remote working and instant feedback for producers and directors. Assets will be built natively in Unreal so that both interactive and narrative platforms will work together. This forms part of Cloth Cat’s new focus on developing cross- platform brands.

“It’s so exciting to have the support of Epic Games through Epic MegaGrants to bring the games and animation sides of our company together on a single project, boosted by our Clwstwr research last year,” said Jon Rennie, Managing Director of Cloth Cat. “As part of our push towards greater home working, game engines provide the ideal platform to give animators more feedback and control while they’re in production. Also, we can develop games and interactive projects alongside the narrative episodes, and give fans a new way of meeting the characters and being a part of Tamara’s world.”

“Cloth Cat is a talented team who are advantageously positioned at the intersection of animation and games,” said Ben Lumsden: Business Development Manager, Unreal Engine, Epic Games. “Through Epic MegaGrants, we’re thrilled to support them as they delight and engage audiences with their transmedia approach to storytelling.”

Cloth Cat was established in 2012 and is now the largest animation and games company in Wales. Experienced in 2D and 3D animation development and production, and with a dedicated games team, the company has capacity for a wide range of projects from its base in Cardiff. Recent projects include The World of Lemon Ribbon (games and animation for the popular licencing brand), 78 x 11′ animated episodes of The Rubbish World of Dave Spud (Illuminated for CITV), games and animation for S4C’s Cyw (Boom Kids and S4C), 104 x 11′ of Luo Bao Bei (Magic Mall; available on Netflix), 52 x 11′ of Shane the Chef (Hoho Entertainment for Channel 5’s Milkshake!), a new game world for Kay Thompson’s Eloise (Handmade Films), and 78 x 5′ of Olobob Top (Beakus for CBeebies).